'Soda tax' a fizzer in Philadelphia 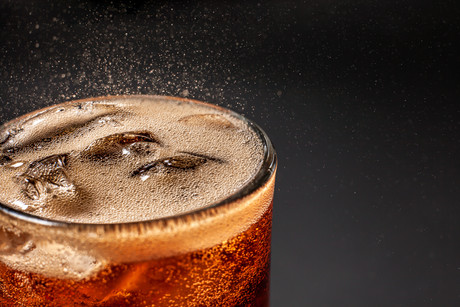 The International Journal of Environmental Research and Public Health has revealed that Philadelphia’s 1.5 c/oz ‘soda tax’ has had minimal impact on what Philadelphians are drinking, one year on from its implementation. Researchers from Drexel University’s Dornsife School of Public Health conducted a random phone survey of 515 adult residents of Philadelphia and neighbouring Camden, Trenton, New Jersey and Wilmington, Delaware. Respondents revealed how much and how frequently they consumed soda, fruit drinks, energy drinks and bottled water during a 30-day period when the tax was first implemented, and reported their consumption again one year later.

Considering other health behaviours and socio-demographics, at the one-year mark, 39% of Philadelphians and 34% of those in other cities reported drinking fewer sugar-sweetened beverages, amounting to only three fewer sugary beverages for Philadelphians each month. Unlike other cities that introduced similar beverage taxes to increase general revenue, Philadelphia’s tax was introduced to finance universal pre-kindergarten and parks and recreation programs in the city. Although the tax was not implemented for health reasons, it could create long-term health benefits for Philadelphians, as the revenue from the tax contributes to providing quality early childhood education for children in lower-income families, which could have a positive effect on many health outcomes.

“We have ample evidence that sugary beverages are connected to type 2 diabetes, obesity, cardiovascular disease, and other health issues, but we’re seeing that raising the price of sugary beverages may not impact consumers who don’t drink a lot of soda,” said Amy Auchincloss, PhD and associated professor in the Dornsife School of Public Health.

Prior studies analysed the sales of sugary drinks after the tax was implemented, but did not evaluate its effect on the consumption of the taxed drinks.

“The availability of untaxed sugary beverages outside of Philadelphia, the still relatively lower price of these drinks compared to healthier ones, and marketing and advertising may explain the low effect of the tax,” said Yichen Zhong, lead author and doctoral student at the Dornsife School of Public Health.

Some 26,000 workers are needed in the Australian horticulture industry over the next six months...

The new feature provides an important platform to assist start-ups, students and scientists with...