Which beverage has more umami potential? 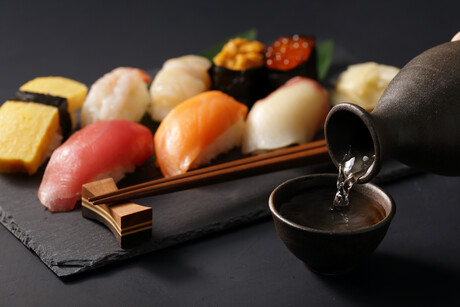 A new study has sought to find which fermented beverage has the most umami flavour — wine, champagne, beer or sake.

Researchers from the University of Copenhagen (UCPH) went off to discover how much of the fifth basic flavour can be found in a fermented alcoholic beverage — if any at all.

Umami, also known as monosodium glutamate, is one of five core flavours — along with bitter, salty, sweet and sour.

It is often associated with the earthy flavours of meat, mushrooms, broths and vine-ripened tomatoes. It enhances saltiness and sweetness while reducing bitterness, which is why most people love it.

Study co-author Charlotte Vinther Schmidt said the analyses demonstrate that it is in sake (Japanese rice wine) where umami reigns supreme on the umami scale, far ahead of beer, followed by champagne, and then wine.

“However, we studied slightly fewer beers than the other beverages, so that class of beverage may have been difficult to score precisely,” Schmidt said.

Higher potential when paired with food

Determining the umami flavour content of a drink involves finding out how much of an amino acid known as glutamic acid there is in it.

Umami flavour reaches us by way of glutamate as it lands on the specialised ‘umami’ taste receptors of our tongues.

Schmidt said the results suggest that the longer a beverage’s fermentation time, the higher its glutamate content, which leads to more umami flavour.

“This is why sake leads the pack by so much in terms of umami, as it is typically fermented using both yeast and a mould culture called koji.”

But even if other beverages can’t match sake’s umami flavour on their own, UCPH’s savoury-deliciousness experts assert that the flavour can be provoked by pairing.

Schmidt said we already know about food combinations that pair happily, such as ham and cheese, for example.

“Therefore, we calculated the effects of pairing shellfish like oysters, shrimp and scallops with the various beverages, to investigate which combinations would synergise and provoke the emergence of umami.”

According to the researchers, this is because pairing high-content glutamate drinks with foods high in ribonucleotides (RNA’s building blocks), synergises the two flavours together.

“If one takes a drink with glutamate and a food with just as many ribonucleotides, the umami flavour can generally be multiplied by eight,” Schmidt said.

Knowing how to enhance umami is useful when it comes to a more sustainable diet.

Charlotte Vinther Schmidt said if we can understand which vegetables pair with selected beverages that have high umami counts, more people would consume vegetables.

“Although there are other factors contribute to taste experiences, like mouthfeel and smell, it might be a good idea to buy beverages with a high concentration of umami, as they improve the chance of enhancing taste in high-ribonucleotide foods, thus resulting in the delightful savoury-deliciousness of umami.”

An Aussie researcher has discovered a new way to conduct extremely small-scale brewing...