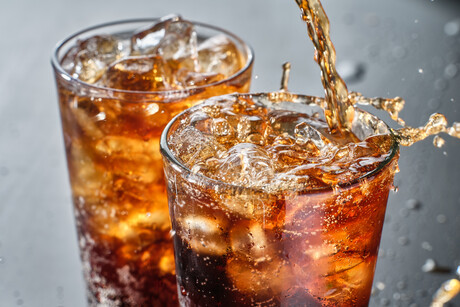 Researchers at the Monell Chemical Senses Center have discovered that the human mouth can actually detect whether or not a sweetener contains calories. Essentially, research shows that humans can detect if a sweetener is sugar or not. This finding may have implications for the development of healthier and tastier food and drinks in the future.

The body obviously understands if a food has calories or not but it has been assumed that this knowledge came about when the food was actually digested in the gut. Now it seems that the detection process begins much earlier during digestion — in the mouth. In fact, this might specifically be why no-sugar soft drinks may be less popular.

Scientists came to this conclusion about the detection of sweeteners by having participants taste three different forms of them. The first was purely glucose, the second an artificial sweetener and the third was a modified version of glucose that is not metabolised. The latter two sweeteners do not contribute any calories to the body and the participants were able to detect them distinctly from the pure glucose, which does contain calories.

The researchers thus postulated that there are two biological pathways that the body is using here: one for detecting sweetness, the other specifically for energy-rich sugars.

The research may of course prove to be interesting for the manufacture of beverages. One of the researchers, Paul Breslin, argues that the reason why no-sugar soft drinks are less popular than full-sugar options is that the body instinctively knows that the drink lacks glucose — and is thus less calorically useful — and this means it is less enjoyable to drink. As such, drinks with a small percentage of sugar may prove to be more enjoyable for consumers without being as unhealthy as a drink packed with sugar.

“It is remarkable that we evolved a mechanism not only to taste oral sugars as sweet, but also to sense that they have a metabolic or caloric signal,” Breslin said. “This means that the mouth is much smarter than we realised and that it will be difficult to trick it by simply providing non-caloric sweeteners.”

The full paper, published in PLoS ONE, can be read here.

Using an unusual combination of plant-based ingredients, researchers have created a new formula...

The microscopic characteristics of some food delicacies have been studied in order to understand...