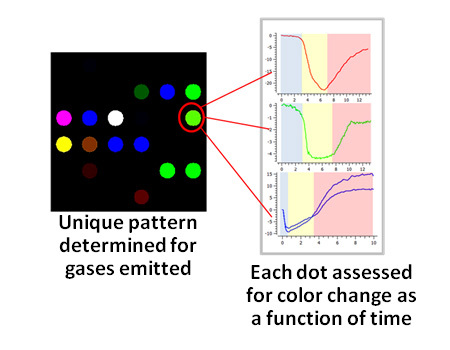 Researchers are working on a method to detect a notorious insect pest in food cargo, without ever opening the container.

Smaller than a grain of rice, the khapra beetle is listed as a high-risk cargo pest in Australia, while in the US it is the only stored product pest with quarantine status. Able to survive nearly anywhere if protected from cold temperatures, detection of the khapra beetle is particularly challenging as the beetle is capable of living years without food and can be found in non-food commodities such as textiles or packaging materials.

The beetle can destroy a significant proportion of unprotected grains stores due to its ‘dirty eating’ behaviour, which sees the beetle eat only a little of a single grain before moving on to others. Contamination in food products also presents a food safety concern as the hairs associated with larvae and cast skins are potential allergens and respiratory hazards, particularly for young children.

To address the khapra issue, US scientists at the Edgewood Chemical Biological Center (ECBC) are working on easier, more effective way to inspect bulk food supply for khapra beetles.

ECBC researchers are studying the use of colorimetric sensor arrays (CSAs) to detect this invasive species in shipping containers. The inexpensive, disposable sensors, manufactured by iSense, are approximately 6.5 cm2 and spotted with 73 dyes which change colour in response to various vapours. Samples are identified by the combination of colour changes across multiple spots forming a ‘fingerprint’ that can be used to identify compounds. The CSA colour changes are sensitive enough to detect even trace amounts of some vapours (odours), allowing for the broad spectrum detection of a number of volatile organic compounds (VOCs).

During an assay, CSA sensors are exposed to odours emitted into the headspace above bulk grain infested with beetles. Over time, changes in the coloured spot patterns emerge, and by using software designed specifically for this project, unique colour fingerprints are revealed. The goal of the project is the development of unique and individual spot patterns capable of differentiating between invasive, quarantined khapra beetle infestation and other non-invasive species.

ECBC envisions a solution where an inexpensive, disposable reader could be placed within a crate prior to shipment, then later queried by a smartphone to allow inspectors at the port of destination to assess food security and quality without ever having to open the container.

The first step in making this method a reality is the development of a reproducible signature library capable of differentiating between beetle-infested grain and pristine grain. Since khapra beetles are a quarantined species, scientists began testing the CSAs using the common warehouse beetle, which is closely related to the khapra beetle.

While the research is still in its infancy, researchers have been able to distinguish between the warehouse beetle-infested and non-infested grain based on the response of the CSAs to the VOCs present in the headspace above the grain. The group expects to complete its first round of testing during the second half of 2015.

Image caption: Samples are identified not by any single spot colour change, but instead by the combination of colour changes across multiple spots, forming a ‘fingerprint’ that can be used to identify compounds found in a sample.