Salmonella and chocolate: why does it happen? 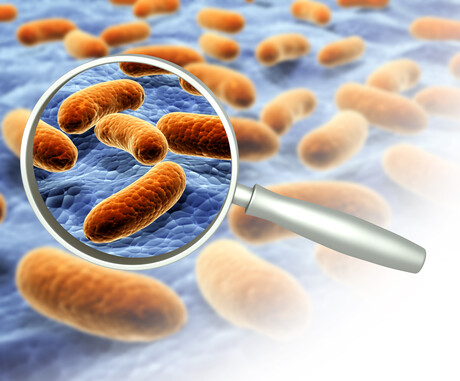 Just prior to Easter, there was a recall in the UK and Ireland of chocolate products manufactured in Belgium. The recall was due to potential microbial (salmonella) contamination and was later extended to a global recall, which included the products being recalled from sale in Australia and New Zealand.

The European Food Safety Authority (EFSA) and the European Centre for Disease Prevention and Control (ECDC) are now investigating the transnational outbreak of salmonellosis linked to chocolate products, to identify the root cause, time and possible factors behind the contamination, including the evaluation of possible wider use of contaminated raw materials in other processing plants.

While awaiting the results, the German Federal Institute for Risk Assessment (BfR) has compiled the following information on the topic of salmonella in chocolate.

After Campylobacter germs, salmonella is the most common bacterial causative agent of intestinal diseases in Germany. High-risk foods are, in particular, undercooked or raw meat and products made from it, eggs and egg-products that have not been heat-treated, and plant-based foods. However, fatty foods such as chocolate can also be contaminated with salmonella.

In the case of chocolate, even small amounts of germs can be enough to cause a disease. The low infection doses are attributed to the fact that the salmonella in the high-fat chocolate is protected against the acidic conditions in the human stomach and, for the most part, reach the intestines alive, where it can cause an infection.

The disease, known as salmonellosis, is often accompanied by diarrhoea and abdominal pain, but fever, nausea and vomiting are also possible. Children in their first years of life and people whose immune system is weakened, for example due to old age or previous illnesses, are particularly at risk.

Salmonella is very rarely detected in chocolate. As part of reporting on zoonotic pathogens in the food chain, the authorities of the federal states in Germany reported tests for the occurrence of salmonella in around 2500 samples of chocolate-containing products to the BfR between 2012 and 2019. Salmonella was not detectable in any of the reported samples from these years. Since 2020, the Federal Office of Consumer Protection and Food Safety (BVL) has been responsible for data collection and reporting on this topic.

Nevertheless, outbreaks of disease caused by salmonella in chocolate products are known primarily through scientific publications. The last outbreak of salmonellosis in Germany known to the BfR in connection with chocolate occurred in 2001 and was caused by the salmonella type Salmonella Oranienburg.

Salmonella can survive in chocolate for up to several years. It is also very well protected against heat due to the low water content of chocolate and the protective effect of the fat.

There are almost 2700 different salmonella serotypes (serovars). A prevalence for certain serovars to be more common in chocolate than others — such as with eggs, which are mostly contaminated with Salmonella (S.) enteritidis — is not evident in chocolate products. For example, in known salmonellosis outbreaks caused by the consumption of contaminated chocolate products, the serovars S. Napoli, S. Oranienburg or S. Typhimurium were found. S. Durham has been found in cocoa powder, S. Eastborne in cocoa beans and S. Nima in chocolate coins.

The recent outbreak in Belgium was reportedly suspected to be caused by monophasic Salmonella Typhimurium from the buttermilk tank at the Belgium processing plant.