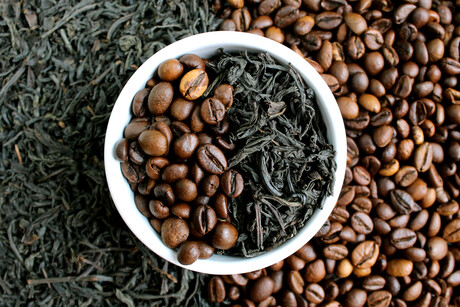 Researchers have created probiotic coffee and tea drinks that have gut-friendly live probiotics.

National University of Singapore (NUS) Associate Professor Liu Shao Quan and his two doctoral students said their drinks have a great taste and can be stored chilled or at room temperature for more than 14 weeks without compromising their probiotic viability.

Traditional probiotic carriers like yoghurts and cultured milk are dairy-based products. The rise in veganism and common health issues like lactose intolerance, high cholesterol and allergies to dairy proteins have stimulated the trend in non-dairy probiotic food and beverages.

Liu said coffee and tea act as a perfect vehicle for carrying and delivering probiotics to consumers as they are both plant-based infusions.

“Most commercially available probiotic coffee and tea drinks are unfermented. Our team has created a new range of these beverages using the fermentation process as it produces healthy compounds that improve nutrient digestibility while retaining the health benefits associated with coffee and tea,” he said. 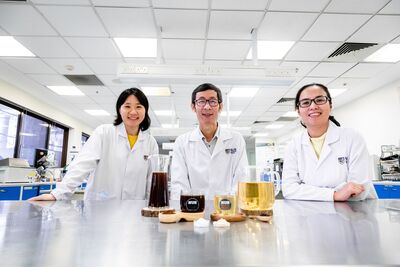 To create the probiotic tea, NUS doctoral student Wang Rui added nutrients into a tea infusion, followed by a careful selection of specific probiotics. The tea mixture is left to ferment for two days, after which it is ready to drink. Any kind of brewed tea can be used in this process, and throughout the fermentation process, the original flavour of the tea is largely retained, with fruity and floral notes introduced. 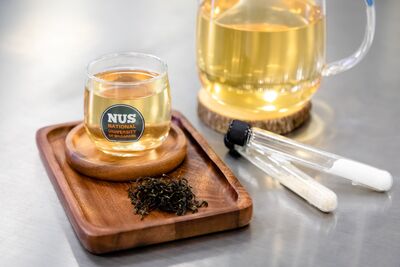 “The probiotic tea tastes like fruit tea with a little bit [of] acidity and a similar mouthfeel to the original tea. Drinkers can add sweeteners and milk, or cream, based on their preferences,” Wang said.

Many health benefits of tea, such as its antioxidant or anti-inflammatory properties, have been linked to it containing polyphenol molecules. By using the patented fermentation process, the polyphenol contents from the tea are retained, and an additional antibacterial agent — phenyllactate — is produced after fermentation. The drink also contains live probiotics which can promote gut health.

Doctoral student Alcine Chan created a probiotic coffee by adding selected nutrients to brewed coffee, followed by carefully chosen probiotics. The coffee mixture is left to ferment for a day and placed in the refrigerator following probiotic fermentation. After this process, the chilled probiotic coffee is ready to drink. Sugar and milk can be added before consumption if desired. 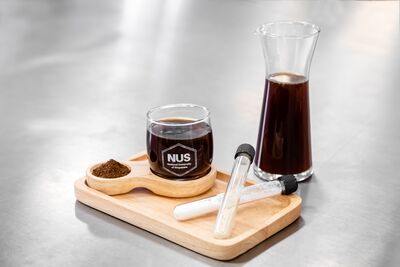 “The formulation is tricky, especially relating to the type and amount of nutrients added, and the probiotic combination. Not every type of probiotic can grow in coffee brews. Adding too few nutrients will not enable probiotic growth while adding too many nutrients will give an unpleasant taste,” Chan said.

Chan concocted several prototypes of the probiotic coffee, and the flavour varies between each one, but all retan the distinctive coffee taste.

“Some of the probiotic coffees give better-balanced acidity, some give better mouthfeels, some have deeper smoky flavours and some can retain the coffee flavour better after long-term storage,” she said.

The caffeine content is retained, so people who consume coffee for caffeine can still get their fix. The probiotic coffee also kept the chlorogenic acid content, which has been linked to many health benefits of coffee.

Each serving of probiotic tea and probiotic coffee contains at least 1 billion units of live probiotics. This the daily amount recommended by the International Scientific Association for Probiotics and Prebiotics.

Both doctoral students are refining their recipes to enhance the taste and flavour of the two beverages. The NUS team has also filed a patent for the probiotic coffee recipe and hopes to collaborate with industry partners to commercialise the drink.