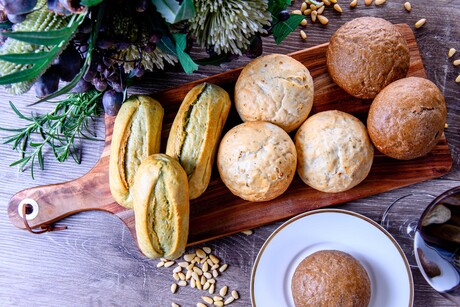 The food choices of many Australians are changing with a strong trend towards plant-based diets emerging.

In the past few decades, the Australian food scene has witnessed the rise of various food and beverage trends, such as the rising popularity of gluten-free, dairy-free and veganism. For food suppliers, there’s a need to keep a watch on food fads, but even more important is the need to monitor and anticipate shifts in food consumption, such as the growing popularity of plant-based diets.

Plant-based diets are high in vegetables, wholegrain bread and cereals, legumes and whole fruits, yet can still contain small amounts of lean meats and reduced-fat dairy products. Two and a half million Australians now say that they are vegan or vegetarian, according to Roy Morgan Research[1], with a large number of those people from the millennial generation (born from the 1980s to early 2000s, who are currently aged from 18 to late 30s) who have been credited with changing consumer habits.

But the plant-based movement is bigger than any one generation. There are many high-profile sportspeople and celebrities who extol the virtues of a plant-based diet, including bodybuilder turned actor turned politician Arnold Schwarzenegger and tennis superstar Novak Djokovic.

The trend towards plant-based diets is driven by a number of factors — concern for the environmental and ethical impacts of meat production, as well as health concerns from overconsumption of meat. There is a growing trend towards so-called flexitarian diets with reduced meat consumption through practices such as meat-free days.

Consumers want to know where their food comes from to be sure it is sourced ethically and in an environmentally friendly way.

Consumers are also looking for a stronger focus on taste and quality of plant-based products alongside a wider range of options (available today in food stores and restaurants). Consumers are seeking more creativity, flexibility and variety in their diets by mixing up traditional meal combinations and experimenting with new flavours. And for many, following a more plant-based diet is saving money, which is popular with a wide range of Australians who are facing low wages growth and a higher cost of living.

Bakers Maison Managing Director Pascal Chaneliere said that this type of trend is something the company monitors so that the product range can be adapted. Right now, 56% of Baker Maison’s products are plant based, most of the rest are vegetarian, with just their cheese and bacon roll not falling into either of these categories.

“At Bakers Maison we believe that the move towards plant-based eating is here for the long term. Our customers who are restaurant and cafe owners, catering companies and others in the foodservice industry will be looking to companies like ours to supply products to meet the demand,” Chaneliere added.

Some of the recognised benefits of plant-based eating are reducing potential heart disease, high cholesterol, obesity and high blood pressure when compared to a meat-based diet. Plants are rich sources of many nutrients that are important for good health, including unsaturated fats, vitamins (such as folate), minerals (such as potassium), fibre and protein.

Both casual and fine dining restaurants are starting to embrace this trend by either fully transforming their menu to a plant-based one or providing an alternative to meat dishes. For instance, a large burger chain has been widely promoting its vegan or ‘Rebel’ burgers with ‘patty made from plants’.

Plant-based eating is only set to continue its rise in popularity and the industry needs to adapt to the needs of thoughtful and mindful consumers.

An Aussie researcher has discovered a new way to conduct extremely small-scale brewing...

Which beverage has more umami potential?

A new study has sought to find which fermented beverage has the most umami flavour — wine,...