Low-cost and eco-friendly packaging for confectionery and baked goods

As energy and raw materials become more expensive and consumers become more environmentally conscious, confectionery and snack manufacturers have to adjust. Their products now have to stand out from the crowd without extravagant packaging that drives up costs. Luckily, packaging producers and machine manufacturers can help with material-saving packaging solutions and more efficient production lines.

Anyone wishing to survive on the market for confectionery and snacks against the likes of Nestlé and Kraft Foods has to present their goods well at the point of sale. The range of sweets and snacks has become enormous: nougat with salted butter, saffron butter biscuits and marshmallow sticks with orange blossom flavouring and chocolate coating are just some of the new products that manufacturers are flooding the shelves with. “In a highly competitive environment, companies want to win market shares with a constant stream of new products,” says Torben Erbrath, spokesman of the Association of the German Confectionery Industry. The package is the key to the purchase. It not only has to protect the product’s delicate contents, but also catch the eye. This calls for exceptional creativity from packaging designers: showy colours and shapes are just as important as effective consumer marketing. 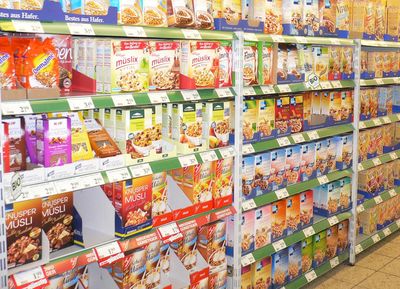 The consumer is most likely to reach for the most eye-catching package. (Photo: Bosch Packaging Technology)

However, some manufacturers of confectionery and baked goods tend to overdo it. Companies misleading customers with fraudulently oversized packages have come in for repeated criticism. A survey by the North Rhine-Westphalian (NRW) Consumers Association revealed that biscuit and snack packages contained an average of 40% empty space. Such deception is not only illegal, but also pointless. Many consumers feel cheated by the purchased products, says Klaus Müller, board member of the NRW Consumers Association. There are also environmental arguments against XXL packages. Wasting resources has a negative impact on the environment and damages our climate - something that consumers are well aware of.

Inflated packages are also counterproductive for economic reasons. Confectionery and baked goods manufacturers are facing massive pressure on costs as energy and packaging materials on the one hand and raw materials like milk, cocoa and sugar on the other are becoming dearer. For instance, the spot price for cocoa butter, which is used in the production of bars of chocolate, shot up by 80% to USD8000 per tonne in 2013 - and this puts a squeeze on profit margins.

To avoid putting off environmentally aware consumers and to offset cost increases, companies have only one choice: they have to restrain themselves with the packaging and manufacture of their products more efficiently. 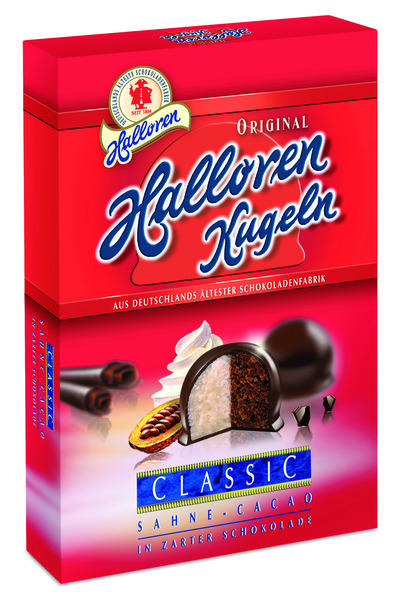 Halloren Kugeln chocolates, a longstanding favourite on German confectionery shelves, subjected its products to an all-round facelift including uniform corporate design elements. In addition, the company’s own snack brand Choc’n Snack is now being sold in stand-up pouches - this way they are more conspicuous in the shops and are also resealable.

Halloren is leading by example, as the chocolate maker’s new packages make their mark without elaborate design and extra frills. Other manufacturers also seem to be rethinking their strategies. Some are resorting to material downsizing, giving preference to packaging materials that are easier to recycle and that conserve resources by being thinner.

“On the packaging market a number of overarching trends can be identified. Sustainability is one of these megatrends,” says Ralf Weidenhammer, head of the eponymous packaging company. Among other things, Weidenhammer produces readily recyclable composite cans for confectionery and savoury snacks. With its cardboard cans, the company has helped brands like Knack & Back and Pringles to achieve greater popularity, enabling them to find the right balance between extravagance and efficiency. A resource-conserving lightweight, the Pringles can promises freshness and fun. 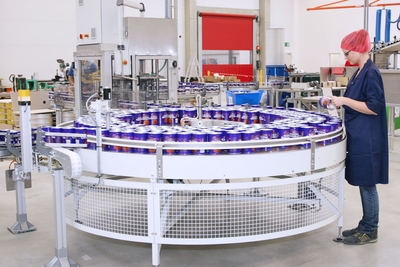 Composite cans are light, recyclable and popular with consumers. More and more manufacturers are therefore turning to them. (Photo: Weidenhammer Packaging)

Scientists are meanwhile searching for alternative methods that are even greener and cheaper. A sustainable alternative to transparent multilayer films, as also employed in Weidenhammer’s composite can, has recently been developed by the Fraunhofer Institute for Process Engineering and Packaging - in the form of a film coating made of whey. In the ‘Wheylayer’ project funded by the European Union, the researchers make use of whey protein instead of oil-based plastics. The practical thing about it is that the substances naturally occurring in whey extend foods’ shelf life. What is more, unlike oil, whey is available in unlimited quantities and is also biodegradable.

There is still plenty of potential for boosting efficiency in confectionery production, according to Beatrix Fraese of the Food Processing and Packaging Machinery Association in the German Engineering Federation (VDMA). “A significant proportion of the machine park is outdated.” This view is endorsed by a current survey by Swiss plant manufacturer Bühler. According to this, the chocolate industry spends EUR200 million per year worldwide on the cleaning, roasting, sterilising, cracking and grinding of cocoa beans. With its energy audit and its novel shell burning technology, Bühler promises savings of up to 65%. During the free energy audit, Bühler engineers track down energy leaks in the cocoa production process. The new combustion system makes use of the energy derived from the shells for the roasting and sterilisation operations, instead of treating the shells as waste - so no expensive energy has to be bought in for heating. “The combination of the audit and new technology heralds a new energy drive that will dramatically change the future,” says Bühler Product Manager Thomas Bischof. 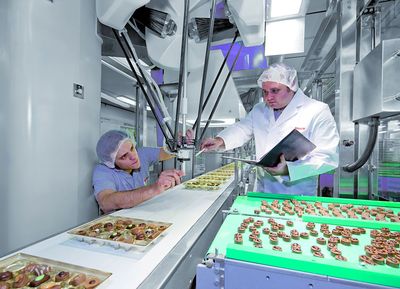 For its part, Bühler’s Danish rival Aasted has developed a new temperature control system for chocolate by the name of SupaNova Quick Shift. To achieve a smooth melt-in-the-mouth consistency, each chocolate has to be carefully heated several times so that the crystals in the mixture dissolve. In the new Quick Shift, a special warm water system makes it possible to control crystallisation with greater precision - thus accelerating production. In addition, the stirrer in the Aasted unit is detachable. The machine is thus easier to maintain, which improves its availability.

Cutting labour costs and extending machine operating times - these are also the goals of Walterwerk, a manufacturer of industrial baking ovens in Kiel. The company’s Jupiter IC is a new generation of sweet wafer and snack production lines that produce wafers faster than existing systems, says Markus Bartels, head of technical marketing. Jupiter IC produces more than five wafers per second, while its predecessors managed only four. Furthermore, the company has designed the new production line so that it requires less maintenance - another way of reducing costs. 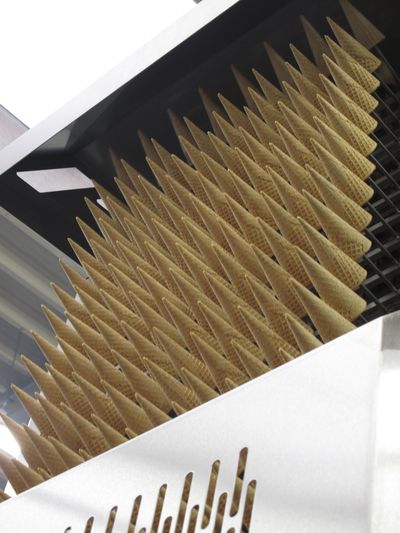 Baking wafers is energy-intensive but the higher the throughput, the cheaper the process. (Photo: Walterwerk Kiel)

The next generation of machines is already in the development pipeline at Walterwerk. “We’re working on making our systems even more user-friendly and versatile,” Bartels explains. This is necessary because growing product diversity is imposing tougher requirements on production systems. “With today’s frequent product changes and shorter product life cycles, they have to be more flexible and easier to modify,” says Bartels.

With their numerous innovations, packaging producers and machine manufacturers have adjusted to the new requirements in the confectionery and baked goods sector. Manufacturers willing to invest will have plenty to choose from among all the new packaging and more efficient machine solutions.

Visitors to interpack 2014, 8 to 14 May in Düsseldorf, will be able to see these and many more packaging innovations for the confectionery and baked goods industries.