Interspecies communication in the gut 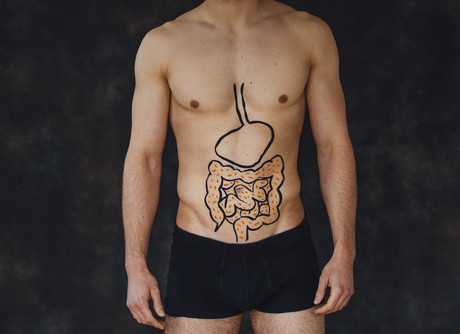 Move over sci-fi — interspecies communication is already going on in your gut and it’s the bacteria, not you, that are the boss.

Not only do bacteria in the gut help digest food they also communicate with their mammalian hosts and actually tell them what to do.

A study published in Cell describes a form of ‘interspecies communication’ in which bacteria secrete a specific molecule — nitric oxide — that allows them to communicate with and control their hosts’ DNA, and suggests that the conversation between the two may broadly influence human health.

The study is the first to show gut bacteria can tap into nitric oxide networks ubiquitous in mammals, including humans. Nitric oxide attaches to human proteins in a carefully regulated manner — a process known as S-nitrosylation — and disruptions are broadly implicated in diseases such as Alzheimer’s, Parkinson’s, asthma, diabetes, heart disease and cancer.

The findings suggest nitric oxide is a general mechanism by which gut bacteria can communicate with mammalian hosts. Previous work to untangle communication lines to and from gut bacteria has primarily focused on rare molecules that bacteria secrete. The new findings are akin to uncovering a chemical language common across species, as opposed to single words.

The researchers demonstrated the phenomenon by feeding developing worms bacteria that produce nitric oxide. They then selected one very important protein — argonaute protein, or ALG-1 — that is highly conserved from worms to humans and silences unnecessary genes, including genes critical for development. When nitric oxide secreted by the bacteria attached to ALG-1, they developed malformed reproductive organs and died. Too much nitric oxide from bacteria commanded the worms’ DNA silencing proteins and impaired healthy development.

“Practically, animals will not let this happen,” said senior author Jonathan Stamler. Instead, the authors speculate a mammalian host outside of a laboratory setting will adjust to accommodate changing nitric oxide levels. Said Stamler, “The worm is going to be able to stop eating the bacteria that make the nitric oxide, or it will begin to eat different bacteria that makes less nitric oxide, or change its environment, or countless other adaptations. But by the same token, too much nitric oxide produced by our microbiome may cause disease or developmental problems in the foetus.”

The study adds to a growing body of evidence that bacteria living in the gut, determined by diet and environment, have a tremendous influence on mammalian health.

Stamler imagines nitric oxide may represent an opportunity to manipulate this symbiotic relationship. Just as probiotics are designed to improve digestion, inoculating a person’s gut with bacteria to improve nitric oxide signalling is conceivable.

A simple mechanism has been developed to produce 3D foods, such as pasta, in flattened forms,...

Extending the shelf life of foods with a lactic acid solution

Danish scientists have utilised a by-product from cheese production to create an antimicrobial...