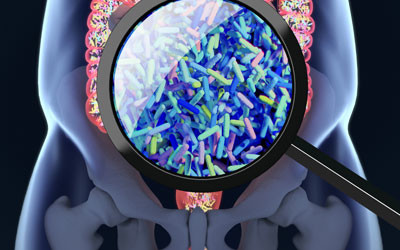 Researchers from San Diego State University (SDSU) have found a way to use food to help control the harmful microbes in the gut while balancing microbial diversity through the growth of beneficial bacteria. The gut microbiome can affect cognitive ability, metabolism, weight gain/loss and mood, and can also cause depression. It can also cause inflammation, leading to cancer, diabetes, Crohn’s disease and irritable bowel syndrome. With careful analysis, food could be used as medicine to correct imbalances. Foods can affect the gut microbiota by triggering the production of bacteriophage — viruses that infect and replicate inside bacteria. Compounds in these foods have an antimicrobial effect which causes the phage to replicate.

Researchers commenced the study, published in Gut Microbes, by identifying which foods had antimicrobial properties, preparing a list of foods that could provide this benefit. The foods tested that had antimicrobial effects include honey, liquorice, stevia, aspartame, hot sauce, oregano, cinnamon, clove, rhubarbs, uva ursi (bear berry), neem extract and toothpaste, as it is known to contain antimicrobial compounds. Of the foods examined, honey, stevia, aspartame, neem and uva ursi had the most impact in triggering phage production. By examining growth curves of bacteria, researchers observed that while bacteria multiplies over time, it tends to plateau. However, if phages are activated, then bacterial growth stops and their numbers drop dramatically until they’re depleted.

“The microbiome is composed of hundreds of different bacteria and the phages they host. We could actually tackle certain conditions by adjusting the foods we consume, that will affect microbial diversity which in turn will influence health and diseases. We also found some foods acted as phage inhibitors and could be used to control pathogenic viruses,” said Lance Boling, molecular biologist and research associate at SDSU.

Findings suggest that the human gut microbiome can be sculpted with common dietary compounds, which can kill certain bacteria without affecting others. Phages grow inside bacteria cells, and replicate by killing the host cell and exiting into the environment. This causes a cascade effect, where phages infect other bacterial cells; each cell that bursts can have hundreds of new phages that emerge. When released into the microbiome, phages will continue to infect any bacteria present.

“There aren’t many known chemical triggers, and we wanted to find these ‘prophage’ inducers — or what causes the phage DNA to detach and replicate. This approach is akin to pulling weeds from a garden so that more desirable plants have room to grow,” said Boling, hence the term ‘landscaping’ the gut.

After selecting foods with known microbial effects, researchers selected bacteria representative of the two major gut phyla, Bacteroidetes and Firmicutes, including strains of pathogenic as well as beneficial bacteria. Researchers then conducted the prophage induction assay on the 28 selected food compounds, observing bacterial growth with and without food compounds for comparison. The samples were processed using flow cytometry, a method that can detect particles as tiny as viruses.

While other studies have analysed the increasing abundance of therapeutic phages, this research has explored the reductive effect of 117 commonly consumed foods, chemical additives and plant extracts on the growth and phage production capacity of common gut bacteria. However, the over-consumption of antimicrobial foods could lead to a metabolic state associated with low gut diversity that may be produced by the administration of antibiotic medicines. Proper understanding and utilisation of antimicrobial foods could help treat gut imbalances and promote overall health.

“We are excited about finding more prophage inducers and determining the molecular mechanisms by which they work. There are probably thousands of compounds that would be useful for eliminating unwanted bacteria,” said Forest Rohwer, an SDSU microbial ecologist and viromics researcher.

Foods found to be prophage inducers must be studied further to understand their molecular mechanisms. While the importance of phages in the biosphere is well understood, researchers have yet to determine what causes bacteria to produce phage and release them into the environment. Further research will help determine how bacteria and phage shape the ecosystems they populate.

Technology could help to reduce salt in processed food

A new processing technology from the US could make it possible to reduce sodium in processed food...

From Byron Bay to the UK, Extraordinary Foods is going global

COVID-19 and breaking the chain of infection