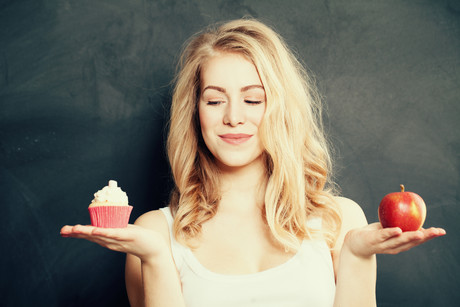 Eating fast food reduces a woman’s chances of falling pregnant within a year, according to a new study.

Published in medical journal Human Reproduction, the study found that women who eat less fruit and more fast food take longer to get pregnant and are less likely to conceive within 12 months.

Researchers at the University of Adelaide’s Robinson Research Institute asked 5598 women in Australia, New Zealand, the UK and Ireland about their diet. The women, who had not had a baby before, were interviewed by research midwives during their first antenatal visit.

Among all the couples in the study, 468 (8%) couples were classified as infertile (defined as taking longer than a year to conceive) and 2204 (39%) conceived within a month. When the researchers looked at the impact of diet on infertility, they found that in women with the lowest intake of fruit, the risk of infertility increased from 8% to 12%, and in those who ate fast food four or more times a week, the risk of infertility increased from 8% to 16%.

First author Dr Jessica Grieger, postdoctoral research fellow at the University of Adelaide, said: “We recommend that women who want to become pregnant should align their dietary intakes towards national dietary recommendations for pregnancy. Our data shows that frequent consumption of fast foods delays time to pregnancy.”

Fertility dietitian Melanie McGrice, from St Vincent's Hospital Melbourne, concurs. “This new research supports the growing body of evidence that a nutritious diet is one of the most important strategies that a couple can employ to optimise their fertility.

“I’m seeing more and more women who incorrectly think that they should be avoiding fruit in an effort to help them conceive. This study demonstrates that fruit consumption is not only safe, but beneficial for most women to optimise their fertility. Fruit is rich in antioxidants, vitamins and phytochemicals, and should not be lumped into the same basket as sugar and soft drinks,” she said.

Previous research has tended to focus on the role that diet plays in women diagnosed with or receiving treatment for infertility; the impact of maternal diet before conception in the general population has not been widely studied. This research was carried out in women recruited to the multicentre Screening for Pregnancy Endpoints (SCOPE) study between 2004 and 2011. Of the 5598 women, the majority (5258, 94%) received no fertility treatments before conception and 340 did.

During the first antenatal visit at around 14–16 weeks’ gestation, midwives collected information about the time it took to become pregnant and the women’s diet. This included details of their diet in the month before conception, and how frequently they consumed fruit, green leafy vegetables, fish and fast foods. Fast foods included burgers, pizza, fried chicken and chips that were bought from takeaway or fast food outlets. Fast foods eaten at home (bought from supermarkets, for example) were not included in the data collected and so consumption of this type of food is likely to be under-reported.

Couples were excluded from the analysis if they were receiving fertility treatment due to the male partner’s infertility.

Dr Grieger said: “Most of the women did not have a history of infertility. We adjusted the relationships with pre-pregnancy diet to take account of several factors known to increase the risk of infertility, including elevated body mass index [BMI] and maternal age, smoking and alcohol intake. As diet is a modifiable factor, our findings underscore the importance of considering preconception diet to support timely conception for women planning pregnancy.”

The researchers also found that while intake of fruit and fast foods affected time to pregnancy, pre-pregnancy intake of green leafy vegetables or fish did not.

Limitations of the study include the fact that collecting data on pre-pregnancy diet relied on retrospective recall and included a limited range of foods. Information on the fathers’ diet was not collected, and it is possible that other, unknown factors might have affected the results. A major strength is the large group of women included in the study.

“For any dietary intake assessment, one needs to use some caution regarding whether participant recall is an accurate reflection of dietary intake. However, given that many women do not change their diet from pre-pregnancy to during pregnancy, we believe that the women’s recall of their diet one month prior to pregnancy is likely to be reasonably accurate,” said Dr Grieger.

The researchers are continuing their work and plan to identify particular dietary patterns, rather than individual food groups, that may be associated with how long it takes women to become pregnant.