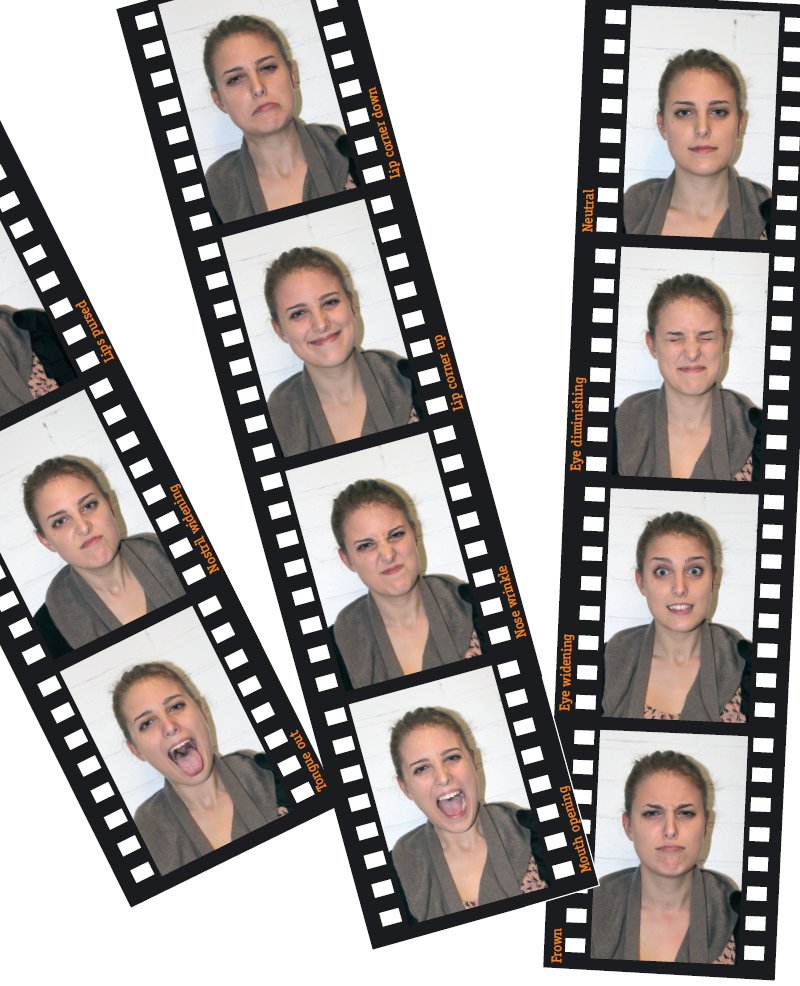 When you can see the person’s face as he eats, exclamations such as “Ugh - that tastes terrible!” are usually superfluous. Such spontaneous facial expressions speak an unequivocal language, one that is universally understood.

Facial reactions to specific sensory stimuli are innate. This has been shown in studies using video recordings of new-born children who were given either sweet or bitter drops on their tongues. Regardless of the cultural circle from which the children came, they reacted with facial expressions that adults could recognise as corresponding to dislike or satisfaction.

Up until now, experts have believed these differences in expressions were not so strong that the observer could unequivocally link the taste quality to the corresponding facial expression. As part of a collaborative project between the Swedish Institute for Food and Biotechnology (SIK) and the Faculty of Life Sciences at the University of Copenhagen (KU-LIFE), visiting scientist Karin Wendin and coworkers from KU-LIFE have examined what expressions reveal about basic tastes and how the tastes’ perceived intensity and hedonic rating is reflected.*

To this end the researchers presented to each person in a group of 21 trained sensory assessors three samples of sweet, salty, bitter, sour, umami water-based solutions, each sample with a different strength, and a single neutral sample containing pure water. This tasting in the observational laboratory at KU-LIFE was recorded on video.

The assessors were asked to indicate the basic taste of each individual sample, rate its intensity and, using a nine-point hedonic scale, indicate how pleasant or unpleasant the taste was. The facial expressions on the video recordings were coded and analysed using facial recognition software. The assessors’ facial reactions were then rated separately by two trained observers. The observers identified 12 characteristic facial reactions that the assessors exhibited as they tasted the different samples and judged their quality and intensity.

Impact of taste intensity and (un)pleasantness

The reactions to bitter and sour were significantly different. The assessors reacted to the bitter stimuli by frowning, wrinkling the nose, eye widening and squinting (eye diminishing). Their reaction to sour stimuli was frowning, pressing the lips together, pursing the lips and lip corners turned down.

Differences in the facial reactions to bitter and salty stimuli were less pronounced. The sensory assessors reacted to both the bitter and the salty stimuli with frowning, nose wrinkling, eye widening and eye diminishing. In this situation, more subtle differences were first recognisable when all the facial reactions were viewed together, comparing the relationship to each other using the principal component analysis (PCA).

This shows that the assessors tasting higher level salt samples also widened their nostrils and turned down the corners of their lips. They also did this when tasting light and medium bitter samples, but not when the sample had a very bitter taste.

The basic sample tastes of umami and sweet were both perceived as quite pleasant and evoked facial reactions that were of low intensity. At first glance these were scarcely different from the reactions to pure water. It was only after using the PCA that it was determined that the assessors had reacted more often with ‘lip corner up’ to higher levels of umami and less often with ‘frowning’ and ‘eyes diminishing’ to the sweet stimuli.

Project leader Karin Wendin concluded that, “This study showed that facial expressions seemed suitable for measurement of dislike but not for measurements of liking or for neutral impressions. We were able to show for the first time that facial reactions may indicate differences in both the quality of the stimuli and their concentration.”

SIK - The Swedish Institute for Food and Biotechnology