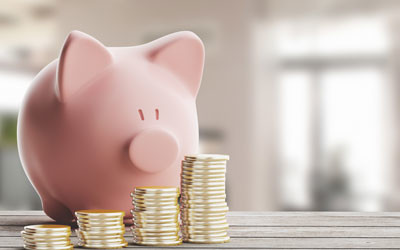 The Australian Government has increased biosecurity funding by $66.6 million, in response to the threat posed by African Swine Fever (ASF). The extra funding is expected to put more officers, detector dogs and X-ray machines on the front line.

“If this disease gets in it could decimate our pork industry that contributes $5.2 billion to our farmers’ hip pockets, regional economies and the nation’s bottom line. We export 70% of what we grow and we’re in demand internationally because of our reputation for safe, clean and green food and fibre — a reputation built on our pest and disease free status,” said Bridget McKenzie, Minister for Agriculture.

ASF poses a significant threat to the pork industry, as there is no vaccine or cure for the disease; it has already decimated a quarter of the world’s pig population. The ASF Response Package aims to deploy 130 more frontline biosecurity officers from January 2020, to carry out 500,000 more passenger screenings a year.

The Package will also provide six detector dogs, to be deployed at airports and mail centres by July 2020, and two 3D X-ray machines at Melbourne and Sydney mail centres, to be deployed by July 2020. Biosecurity officers will also be able to issue infringement notices on the spot at airports, and a biosecurity squad will be established to ensure that products brought into Australia for are not fraudulently labelled. Moreover, zoning arrangements will be developed to support continued market access for pork producers, if ASF reaches a part of Australia.

“While our efforts are focused on meeting the ASF threat now, there are many other pests and diseases that could hurt our agricultural sector, our human health and our unique environment if they get past our borders. The task of maintaining biosecurity is growing and resourcing is not keeping pace,” McKenzie said.

Over the past nine years, international passengers have increased by 60%, shipping cargo has increased by 30% and mail items have increased by 170% — and the numbers are predicted to increase. The government plans to proceed with a biosecurity levy, with the new levy model developed in line with the importing industry and applied onshore to importers who use the biosecurity system.

Future of alt-milk in Asia, a virtual event

The FHA Match: Dairy is a two-day virtual event that will discuss products and issues relating to...

The purchase of Allpress by Asahi Beverages marks the company's entry into Australia's $1...

Australia's mail centres have intercepted 380 kg of meat items, including 41 kg of pork, in...

Technology playing a critical role in worker safety in the warehouse

Sonar: its time to surface

How do older Australians feel about digital health in the home?