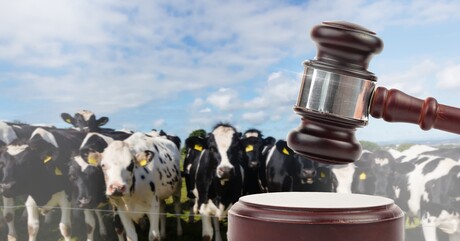 Riddoch Trading Pty Ltd, trading as the Union Dairy Company (UDC), has paid a penalty of $10,500 after the Australian Competition and Consumer Commission (ACCC) issued it with an infringement notice for allegedly failing to comply with its publishing obligations under the Dairy Code.

The Code, which came into effect at the start of the year, requires dairy processors to publish standard form milk supply agreements on their website by 2.00 pm on 1 June each year.

The ACCC alleges that instead of publishing its exclusive supply agreement on its website, UDC required dairy farmers to fill in an online form with data such as herd size and current processor before they could access the agreement.

UDC also allegedly did not publish a non-exclusive agreement until about two months after the 1 June deadline.

ACCC Deputy Chair Mick Keogh said processors must make their milk supply agreements publicly available rather than putting them behind a portal or other barrier.

“In failing to properly publish its agreements by the time required by the Dairy Code, UDC may have made it more difficult for farmers to quickly access key information and identify the best supply agreement and milk processor for their circumstances,” Keogh said.

“We know that many farmers and processors are making time-critical milk supply decisions in June each year, so processors must make their documents publicly available by the due date.

“It’s very important that processors and farmers understand the requirements of the Dairy Code and comply with them. The Dairy Code is legally binding, and breaches may result in the ACCC taking enforcement action.”

UDC is a subsidiary of the Midfield Group, a major agricultural processing group of companies based in Warrnambool, Victoria. UDC bases its operations in Penola, South Australia.