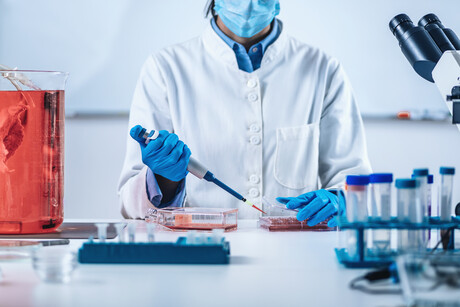 JBS has announced that it will be entering into the cultivated protein market through the acquisition of BioTech Foods.

BioTech Foods is a Spanish company that specialises in the development of biotechnology that is used for producing cultivated protein. To do so, it takes cells from animals and then grows them in a lab into an edible form of meat, which is thus ethically grown and has similar qualities to the sort grown on a farm.

As part of the acquisition, which will undergo regulatory approval before proceeding, JBS will become the majority shareholder in BioTech Foods. Resources will be pooled, such that technology is shared with the larger protein-producing JBS, which in turn will invest in a new production facility in Spain.

JBS also announced that it will be setting up a research and development centre for the development of cultivated proteins in Brazil, where it hopes to develop new methods of growing protein. The company has been making moves out of the purely meat-based market recently, having acquired the large plant-based protein produced Vivera in April of this year.

The acquisition, setting up the new R&D centre and the construction of the new plant will cost around $100 million in total.

“This acquisition strengthens our strategy of innovation, from how we develop new products to how we commercialise them, to address the growing global demand for food. Combining technological know-how with our production capacity, we will be in a position to accelerate the development of the cultivated protein market,” said Gilberto Tomazoni, Global CEO of JBS.

“We are expanding our global platform to address the new trends in consumption and the growth of the global population. The acquisition of BioTech Foods and the new research centre put JBS in a unique position to push ahead in the cultivated protein sector.”

Fine Food Sydney was set to run in March but has been cancelled due to the effects of the Omicron...

The digital future of Australian manufacturing

The Modern Manufacturing Town Hall is an event that will show how the future of manufacturing...

WA avocados set to be a smash in Japan

Western Australian avocados are expected to be a hit in Japan, where they are featuring at a WA...