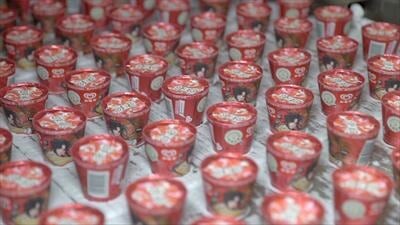 A Unilever ice cream factory in TaiCang, China, has joined the WEF Lighthouse Network. This marks the first time that such a factory has been recognised by the program.

The Lighthouse status signifies that a factory or value chain is showing leadership in the use of technologies of the Fourth Industrial Revolution to increase business and sustainability with advanced and smart manufacturing. Such technologies include integrated uses of artificial intelligence and automation.

In this case, the ice cream factory uses digital smart machines and AI to increase the speed and agility of production. The technologies have allowed the quality of the factory’s produced goods to be higher and the machines are more efficient — on one production line, changing ice cream flavours was reduced from taking eight hours down to nine minutes.

Carbon emissions and water usage have both been reduced thanks to the emphasis on digital technology. Carbon output is down by 83% and electricity by 14%, making for a more sustainable and energy-efficient manufacturing environment. In fact, the location should be on track for carbon neutrality within two years.

Unilever has other factories that have been granted the Lighthouse status, after manufacturing sites in Dubai and Heifei, China, were previously recognised.

Fine Food Sydney was set to run in March but has been cancelled due to the effects of the Omicron...

The digital future of Australian manufacturing

The Modern Manufacturing Town Hall is an event that will show how the future of manufacturing...

WA avocados set to be a smash in Japan

Western Australian avocados are expected to be a hit in Japan, where they are featuring at a WA...