Have your say on proposed craft brewing licence in Qld 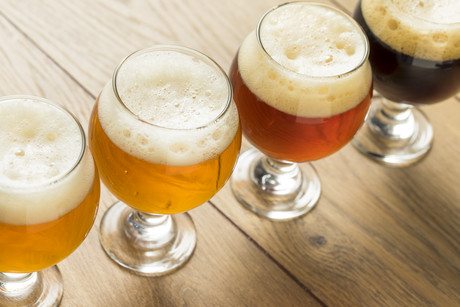 A proposed licence for craft brewers could allow breweries to sell more products onsite and at promotional events, and enable brewers to keep creating more jobs for Queenslanders, with the Queensland Government inviting industry and the community to have their say about the licence.

“One of the key priorities of our Queensland Craft Brewing Strategy is improving the regulatory environment for Queensland independent craft brewers. This includes streamlining the liquor licensing application process, so we’ve been working with our craft brewers on proposed amendments to the Liquor Act 1992,” said Cameron Dick, Minister for State Development.

The Commercial Other – Craft Beer Producer Licence would allow craft breweries to sell beer for consumption off premises, and sell beer and wine from other producers onsite. It would also allow breweries to sell products at promotional events, such as farmers’ markets. Craft breweries in Queensland employ an estimated 1700 people and contribute around $62 million annually to the economy; the proposed licence could increase opportunities for brewers in local and overseas markets.

“If we can get this right, it will be a major step forward for the independent craft brewing industry in Queensland. As an industry we’re excited about the possibilities this revised licence might provide in terms of financial stability to new and existing breweries, and how it could help generate further economic growth for our state,” said David Kitchen, Board Director of the Independent Brewers Association.

Existing licensing arrangements will not be removed, with the new licence category introduced in addition to current authorisations. Craft brewers licensed as producers/wholesalers will be able to transition to the new licence without applying for a new liquor licence. Industry and community members are encouraged to have a say about the proposed licence, with consultation open until 14 February 2020. Comments can also be emailed to advancedmanufacturing@dsdmip.qld.gov.au.