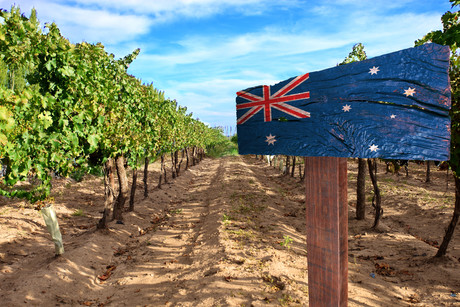 As a condition of its entry into bilateral trade agreements, the European Union wants wine producers to be prohibited from marketing wine labelled as Prosecco, as the EU maintains the word is a geographical indication for a type of wine made in northern Italy, not a grape variety. In response, the federal government has offered its financial support to develop a local framework and associating guidelines, to protect geographical indications for wines, and help the Australian wine manufacturing industry deal with geographical claims.

“We hope this investment strengthens our argument that Australia’s grape and wine producers must be able to compete on a level playing field with other wine-producing nations. Many businesses have made significant investments in Prosecco plantings, infrastructure and branding, and all are acutely aware of the European Union’s desire to stop them from using the name. Given this, and the widespread interest in GIs in the context of the proposed Australia – EU Free Trade Agreement, it is clear this research is in the national interest,” said Tony Battaglene, Chief Executive of Australian Grape & Wine.

Prosecco has been produced in Australia since the early 2000s, after grape vines were imported from Italy in 1997. The name for the grape used to make Prosecco has since changed to Glera. Currently worth $60 million annually, Australia’s Prosecco exports are predicted to increase to $500 million over the next decade. In 2009, Prosecco was recognised as a geographical indication by Italian law through the creation of a Denominazione di Origine Controllata (DOC) across the Veneto and Friuli regions. Prior to this, Prosecco was regarded as a grape variety.

“If Prosecco is the name of a grape variety and not a geographical indication, the prohibition of its use in trademarks on Australian Prosecco would be likely to contravene Article 20 of the TRIPS Agreement, and Article 2.1 of the Technical Barriers to Trade Agreement,” Professor Davison said.

The European Commission tried to register Prosecco as a GI in Australia in 2013, but failed after Australian Grape & Wine Inc. argued successfully that it was the name of a grape variety. The funding provided by the Australian Government will enable Monash University to expand on previous work undertaken on Prosecco and provide clarification about the legalities of GI protection for wine. Australian Grape & Wine will contribute its views to the research team over the course of the project.

“This investment is important and timely, and we hope it will help ensure Australian producers can continue to use long-standing and internationally recognised grape variety names on their wines. It will enable Monash University to establish rules and procedures that are evidence-based and transparent,” Battaglene said.

Prosecco has considerable potential for future growth in the industry, and presents many opportunities for regional communities across Australia. Simon Birmingham, Minister for Trade, and Bridget McKenzie, Minister for Agriculture, have also offered their support to the sector.