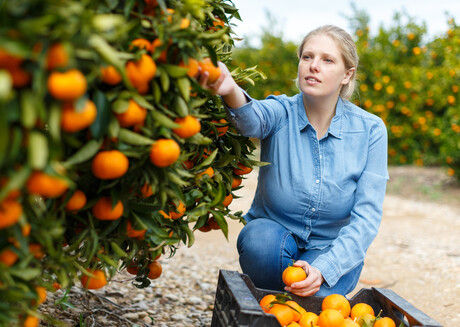 Fruit pickers in Australia will have to be paid a guaranteed minimum wage, in what the Australian Workers’ Union (AWU) is calling a historic win for farm workers.

The Fair Work Commission (FWC) ruled on 3 November that fruit pickers must be provided with a minimum wage of at least $25.41, instead of remuneration being dependent on the number of fruits or vegetables harvested.

Under the previous payment scheme some workers were previously receiving an hourly pay of as low as $3, with the AWU arguing that fruit workers were being exploited by some farms.

"I believe this decision ranks among the great victories of our union's 135-year history," said AWU National Secretary Daniel Walton.

"Fruit pickers in Australia have been routinely and systemically exploited and underpaid. Too many farmers have been able to manipulate the piece rate system to establish pay and conditions far beneath Australian standards.

"The changes our union proposed, and that the FWC has now accepted, will put a safety net under fruit pickers to ensure they get what every worker in Australia deserves: a fair day's pay for a fair day's work."

Farm industry groups such as the National Farmers Federation expressed dissatisfaction with the ruling, saying that the changes will negatively impact farmers, and are considering their options.

The summary of the FWC's ruling can be read here.

UQ receives funds to boost innovation in food and beverage

The University of Queensland has secured federal government commercial research funding to help...

The awards recognise promising and innovative businesses and individuals from the South...

Better beer, exotic mushrooms and probiotic-fuelled lettuces are just some of the eclectic food...