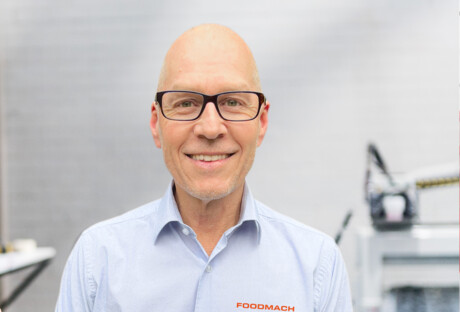 Brooke joins the company’s Australia-wide team, which is focused on Foodmach’s core offerings of conveying, palletising and Industry 4.0 integration and works closely with the company’s Technology Products and International Sales teams to provide turnkey packaging lines.

Foodmach National Sales Manager Chris Yule said: “Alan brings with him 30 years of experience through his many roles in FMCG. His expertise in beverage and conveying systems in Australia is exemplary. He’s well known, liked and respected in the industry, and we’re delighted he’s chosen Foodmach.”

Brooke was previously the Sales Manager at Prime Engineering Services for 16 years and Sales Project Manager at KHS Pacific for seven years. He recently project-managed a can filler and conveyor upgrade for Campari Group, increasing production speeds on that line by 30%.

Alan Brooke said: “Foodmach has been a mainstay of the Australian packaging scene for as long as I can remember. I’ve watched the company’s growth and innovation strategy with interest over the years because it’s certainly going places. I’m looking forward to some exciting challenges with Foodmach’s customer portfolio, which includes some of the biggest names in F&B.”

“I’m very pleased to have Alan on board,” said Foodmach CEO Earle Roberts. “I’ve known him for 20 years and competed with him for some of those. I’ve always held him in the highest regard in terms of his technical expertise, commercial abilities and professionalism. He’s acknowledged in the industry as one of the best engineers in complex line design and brings further strength to our already formidable team. And it’s great to have Alan on our side rather trying to outsmart him, which has always proven difficult!”

Yule concluded: “Alan is a revered addition to our collective engineering design and development brains trust.”

HRS Heat Exchangers has announced that it has been acquired by Canadian company Exchanger...

Event organisers PMMI confirmed it will be an in-person event held on 27-29 September at the Las...

Patent awarded for an invention made by AI