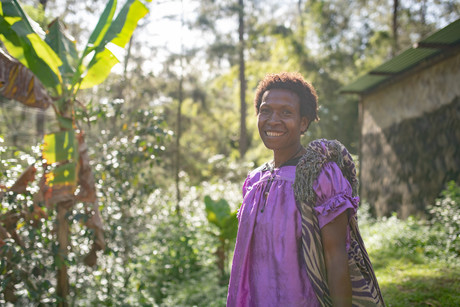 Fairtrade Australia has launched its 2019 Fairtrade Fortnight initiative, aiming to protect, support and empower farmers and workers in developing countries around the world. The initiative is designed to help Australians be alert to what they purchase, as well as serving as a reminder of their power as a consumer — to help shape and create a better life for international workers in trade.

Now in its 14th year, the initiative will run from August 2–15, launching events around the country during Fairtrade Fortnight to drive national awareness of global working conditions. Fairtrade Australia’s partnerships, including those with Woolworths, Grinders coffee, Ben & Jerry’s ice cream, Fair Spirits and Bennetts Coffee Traders, all aid the not-for-profit organisation in achieving its goal of fair working conditions for farmers in developing countries.

Producer and Fairtrade farmer from Papua New Guinea Mitchell Ricky will attend a range of speaking events across Australia and New Zealand, attesting firsthand to the importance of Fairtrade. Ricky’s tour and discussion will advocate for decent working conditions, fair prices for farmers, sustainable practices, environmental protection and the empowerment of farmers and workers alike.

“We want people to become familiar with the Fairtrade Mark, which symbolises a farmer working in the field. What people may not know is that this logo stretches far beyond the farmer — it represents their community and family living — and relies on consumers’ support. We want people to remember that when drinking their morning coffee or enjoying a chocolate treat, they can make a decision for good,” said Fairtrade Australia and New Zealand CEO Molly Harriss Olson.

Ricky will address the difficulties facing farmers and workers in developing countries, drawing on his personal stories from his journey in the coffee trade and Fairtrade Fortnight’s impact in empowering farmers and communities as a result of small consumer changes.