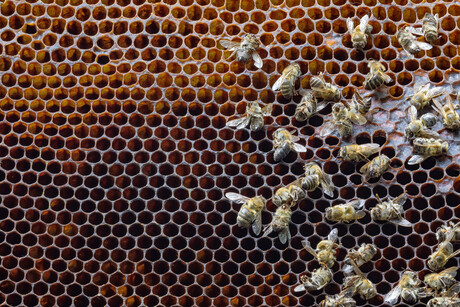 Australian beekeepers are being encouraged to stay vigilant after biosecurity surveillance detected Varroa mites in hives at the Port of Newcastle. The disease is one of the most serious pests that honey bees can face, though until now Australia has managed to avoid the disease.

NSW Agriculture Minister Dugald Saunders said immediate measures were being put in place to counter the pest, with the intention to eradicate it before it can spread across the honey industry or cause expensive damage.

“We have immediately launched an eradication plan which involved setting up a biosecurity zone, containing the infected hives and euthanising the bees,” Saunders said.

“Australia is the only major honey-producing country free from Varroa mite, and if it has the chance to establish here, it could cost the honey industry more than $70 million a year.”

The tiny reddish-brown Varroa mite has played a part in the decline of honeybee populations around the world and is found in most honey-producing regions. Biosecurity laws in Australia have made detecting and preventing the local spread of the pest a priority.

A biosecurity zone with a radius of 50 km has been set up around the port. Any beekeepers within this zone must not tamper with or move their hives, and have to tell the NSW Department of Primary Industries the location of any hives.

“Biosecurity is one of my top priorities and beekeepers have been working with the government through the National Bee Pest Surveillance Program to act as an early warning system,” Saunders said.

“If it weren’t for their diligence in monitoring hives and catch boxes at strategic locations around our ports and airports, this threat may have gone undetected.”

Read more about mites of bees on the Department of Agriculture, Water and the Environment website. Biosecurity concerns can be reported through the use of this form: https://forms.bfs.dpi.nsw.gov.au/forms/9247.