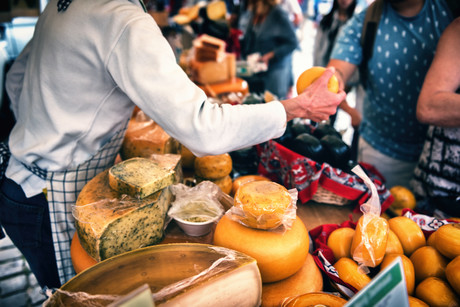 Reports from Maxum Foods indicate that the global milk supply is gradually growing, while total trade is experiencing a decline. The market remains close to balanced, even after adjusting for growth in domestic consumption. The global economy faces many challenges with the ongoing risks of economic and dairy trade disruptions from a no-deal Brexit, slowing Chinese and South Asian economies, rising tension in the Middle East and expectations of a US recession in 2020.

When it comes to skim milk powder, firmer SMP prices are expected as surplus EU stocks fall, coinciding with gradually firming butterfat values as demand improves in Europe and developing markets. While growth in global demand has slowed, past buying trends and landed costs indicate further capacity for SE Asia. Consistent Chinese demand is expected to remain the same over the coming months. The monthly average shipped prices of skim milk powder are illustrated in the table below.

Whole milk powder availability will remain the same, due to a small growth in New Zealand’s output and similar output in the EU. Global whole milk powder trade experienced a 16% decline in July, marking the largest decline since June 2018, bringing growth in the last quarter 4.5% below the comparable.

While fat prices may have dropped in Europe, the product remains in good supply, indicating that future price gains could be gradual. The butter trade with the developing world continued to be poor at rising prices, with notable declines in China and Hong Kong. Trade in New Zealand, which has considerable exposure to developing markets, has also experienced a consistent decline since the end of the first quarter of 2019, with a recovery in demand from developing regions critical to overall recovery for the industry.

World cheese prices have diverged, with the EU being the cheapest, as of the third quarter in 2019. While improving fat and protein values should eventually support higher EU cheese prices, cheaper EU prices offered to export markets in the short term may further weaken prices for Oceania. Conversely, US prices surged despite short-term shortages in cheddar supplies, but prices are expected to weaken in coming months.

Following year-over-year declines in every single month since December 2018, whey products trade lifted 2.5% to 137,670 tonnes. The 6.8% decline in the global trade of whey products since December 2018 was mostly the result of weaker shipments into China, due to the culling of their pig herd to address swine fever and the imposition of punitive tariffs.

A national matchmaking platform, developed for manufacturers to respond to COVID-19, has been...

The ICMJ will host a virtual careers expo for industry students and young industry professionals...