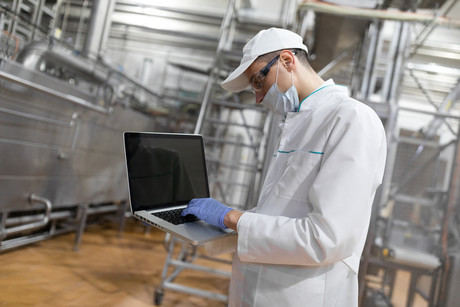 Epicurean Dairy Limited, the company that makes dairy products under its The Collective brand, and its former directors have been fined NZ$483,000 for repeatedly failing to report positive Listeria results, following an investigation by the Ministry for Primary Industries (MPI).

The West Auckland-based company and its former general manager, Angus Allan, pleaded guilty to a total of 10 charges of failing to report positive environmental Listeria results when they appeared in the Waitakere District Court 30 October 2019. The company was fined NZ$369,000 and Angus Allan NZ$54,000, while court costs of NZ$80,000 were also imposed.

Earlier this year, the company’s former operations manager, Ilya Pyzhanhov, was convicted and fined $60,000 after pleading guilty to five charges of deliberately withholding positive environmental Listeria results. The MPI conducted a long-running investigation after investigators received credible information about the company from a confidential informant.

The part of the factory that was producing positive environmental Listeria results was an area where stringent food safety requirements were applied, and where yoghurt and cheese were being produced for human consumption. However, no product was affected and there were no consumer health impacts.

“This was serious, systematic and sustained deception — there’s no other way to describe it. The company was regularly audited to ensure its manufacturing environment was in accordance with regulatory requirements but it lied about what the true situation was,” said Orr.

Had the company reported the positive results, it would have sustained significant costs associated with remedying the problem, including replacing a cracked and unhygienic floor, alongside halting production due to the work that needed to be done. The company has since replaced the factory floor where the Listeria was present and continues to operate with no further issues.

FSANZ is calling for comment on an application to approve food from two genetically modified...