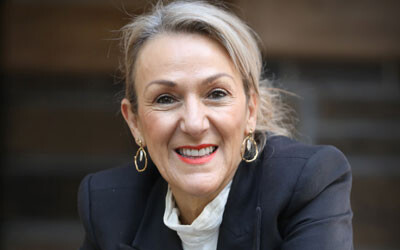 South Australian cheesemaker Kris Lloyd was named Member of the Order of Australia (AM) in the General Division on the Queen’s Birthday 2020 Honours List, for significant service to the artisan cheesemaking industry, to education and to tourism.

Back in 1999, Lloyd established Woodside Cheese Wrights, which has now won numerous cheese awards throughout Australia, and internationally, including the Grand Dairy Award in 2004 and 2011 and Supergold Medals at the World Cheese Awards. She is also the Founding Director of South Australian specialist cheese association Cheese SA.

“Establishing an artisan cheesemaking business in Australia has been exciting and rewarding but has not come about without significant patience, persistence and passion,” Lloyd said.

“It’s hard work and especially in the beginning… some 20 odd years ago now when I stumbled on this career. There were few books to help you learn, no internet to speak of and certainly no cheesemaking school.

“It is the latter that I was determine to establish, some kind of learning that all the cheesemakers in South Australia could benefit from, after all we were all in the same position. Perhaps my ability to collaborate with industry led to the recognition,” she said.

Although Lloyd has received many awards during her career, including '100 Women of Influence', Financial Review, 2015, 2014, the AM was completely unexpected. “I am very honoured and humbled to receive such recognition,” she said.

“The cheese and food industry is such an incredibly important part of my life, I hope that my recognition will shine a light on all the cheesemakers and food producers across the country, and especially in my home state, South Australia.”

Food and beverage industry set for boost in Budget

The food and beverage industry is set to receive a boost as part of the government's $1.5...

The 2000 m2 facility in Malaga provides a significant boost to APS Industrial's...

Australian-owned organisation IPD, which has a foothold in the electrical industry, has acquired...