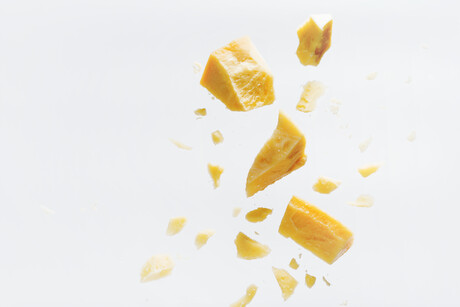 Bega Cheese has partnered with SXiQ to deliver a technology migration as part of its acquisition of Lion’s Dairy & Drinks business back in late 2020. The acquisition has seen well-known brands such as Big M, Dare, Pura, Dairy Farmers, Farmers Union, Masters, Yoplait, Juice Brothers and Daily Juice come under the Australian dairy and food company’s wings.

As part of this deal, which cost Bega Cheese around $560 million, the technology was required to be transitioned within 12 months. Bega Cheese required the acquired Lion Dairy and Drinks applications, data and processes to be transitioned into its existing or expanded infrastructure. Furthermore, the acquisition principles were based on an application and data separation, with core infrastructure remaining with the seller.

For the Chief Information Officer of Bega Cheese, Zack Chisholm, this project presented both challenge and opportunity — given the integration was to occur whilst both Bega Cheese and the LD&D business were fully operational and required minimal business disruption. Complexities included replacing remote site hosting infrastructure, transition of core business processes and systems, deploying new cloud infrastructure and the migration of previously Lion hosted desktop and cloud-based applications to the Bega Cheese network. On the other hand, a number of opportunities presented, and the LD&D business was able to modernise a number of core-platforms.

SXiQ, which is owned by IBM, was approached as a key partner to support the migration and integration work for core applications. In addition, this partnership led to the successful infrastructure migration and transition of 31 physical sites performing production, distribution and administration duties, ensuring minimal disruption to the business operations of both the LD&D and the Bega Cheese businesses, within the required completion time of 12 months.

SXiQ, together with the Bega Cheese IT team, developed a plan which was underpinned by some core principles to ensure the migrated and integrated systems performed equal to or better than the state they were in prior to the acquisition.

SXiQ partnered with Bega Cheese on end-state design, migration planning and ultimately execution for significant parts of the program, with the scope encompassing:

Migration of mission-critical applications, databases and their associated backups

A project of this scale, complexity and duration required strong governance so both Bega Cheese and SXiQ immediately mobilised a joint Integration Management Office (IMO) with both leadership, architecture and project teams. The IMO and project teams ensured transparent, efficient and closely integrated delivery of the program, amid the fast-moving BAU landscapes. In parallel, delivering timely, coordinated organisational change and communication ensured the successful wave-by-wave activation of systems. This also meant employees were well supported in an emerging One Bega culture, so team members were aware, prepared and assisted through the changes, resulting in positive experiences.