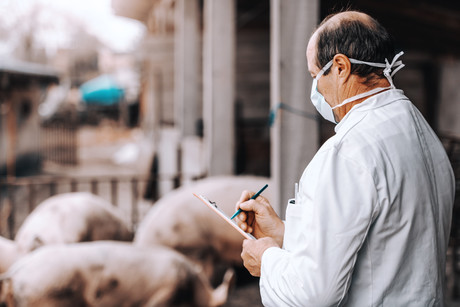 As African swine fever has been confirmed less than 700 km from Australia’s northern border, Agriculture Minister Bridget McKenzie has called for heightened vigilance to prevent the disease from entering the country. African swine fever is predicted to cause the deaths of a quarter of the world’s pigs by the end of the year, and kills roughly 80% of the pigs it infects. There is currently no vaccine or cure for the disease.

The Australian Government is increasing border intervention to protect the country’s 2700 pork producers and Australia’s reputation as a supplier of clean, green, safe and nutritious food. Australia is boosting its biosecurity effort at international airports to target flights from countries affected by African swine fever, and will be conducting spot checks of passengers arriving on selected flights. Detector dog capabilities will also be used in Darwin, in response to the increased risk of African swine fever entering via direct flights from Timor Leste.

“In increasingly competitive markets our freedom from diseases like African swine fever is central to our trade proposition across all our agricultural products and we need to protect that. We’re also working with airlines in countries that have African swine fever to make sure passengers understand our requirements and have every opportunity to comply,” McKenzie said.

Earlier this year, changes to immigration legislation were implemented so international visitors bringing in undeclared high-risk items (such as pork from African swine fever affected countries) could be refused entry to Australia and have their visas cancelled for up to three years.

“We need every Australian and all our visitors to play their part and leave pork products overseas,” McKenzie said.

The increase in border checks has seen 100 kg of illegal pork products seized, with over 27 tonnes of pork intercepted from air travellers entering Australia between 5 November 2018 and 31 August 2019.