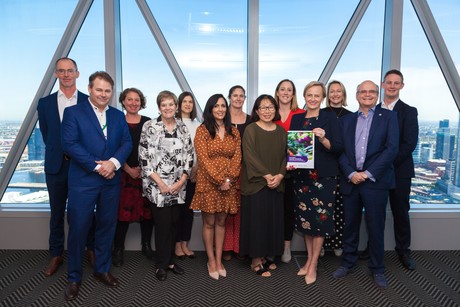 The survey of over 5000 people revealed that while 76% are motivated to reduce the amount of food waste in their household, they underestimate the amount of food they throw away by up to two-thirds. Food waste is a growing issue in Australia, as it wastes resources along the food supply chain, including water and energy used on farms. As food is sent to landfills instead of being consumed, it releases methane as it breaks down, which can contribute to climate change.

“This is the first time in Australia we’ve had such a significant study into household behaviours and motivations toward food waste and it highlights the disconnect between consumer perceptions and reality. The Australian Government’s 2019 National Food Waste Baseline report found that Australians waste 298 kg per person per year with approximately one-third of that occurring in the home. Our new study shows that while most people do want to reduce their food waste, many of us are cooking more than we need to or not taking simple steps such as using up leftovers. And it’s costing households thousands of dollars a year,” said Dr Steven Lapidge, Fight Food Waste CRC CEO.

A national baseline found almost 2.5 million tonnes of food waste per year was created in Australian homes, or 4.9 kg per household per week. The average survey respondent estimated they threw away 2.65 L of food waste per week; much lower than the 5 to 7 L found in a range of other studies around the country.

“This report is the first step in providing the evidence on behaviours leading to food waste in households throughout Australia. By understanding these behaviours, the Fight Food Waste CRC and its participants will know where they can help Australian households to reduce food waste,” Dr Lapidge said.

The CRC’s report indicates the widespread economic effects of food waste and outlines how households and organisations can reduce food waste. The study indicated that 51% of household food managers understood the meaning of both use by and best before food date labels, while 44% of respondents reported making extra food ‘just in case’ half the time or more.

“The study will be a benchmark for industry, research and the community to work together and capitalise on opportunities which have the potential to save Australia $20 billion per annum in food waste,” said Karen Andrews, Minister for Industry, Science and Technology.

The study revealed that the combined average reported food waste per household over seven days, across vegetables and herbs, fresh fruit, dairy, meat and seafood, bread and bakery items, frozen goods, dry goods, drinks, leftovers and inedible food equated to 2.65 litres. Almost one-third of respondents disposed of foods because they could not tell if they were safe to eat, with 47% of respondents making use of leftovers most of the time and 36% rarely saving and eating leftovers.

The initial survey is the first of a series of research into tackling household food waste to be published in the coming years. In order to reduce food waste, consumers are advised to use up what is in their fridges and plan meals before shopping for food.

FSANZ is calling for comment on an application to approve food from two genetically modified...