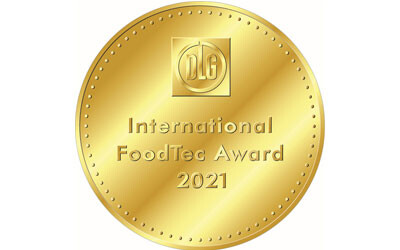 The winners for the International FoodTec Awards have been announced, recognising the top global innovations from the international food and supplier industry.

The prize, which is awarded every three years, is presented in the form of gold and silver medals.

A gold medal is awarded to products with a new conception, in which the function has been decisively changed and the use of which makes a new process possible or significantly improves a known process.

Silver medals are awarded to products that have been further developed in such a way that a significant improvement in the function or the process is achieved as a result.

An international jury of experts from the fields of research and teaching, as well as representatives from practice, selects the most advanced concepts.

Five innovations received the International FoodTec Award in gold, while 15 were awarded a silver medal. A short virtual presentation of the winners and their innovations will take place on 23 February.

Four out of the five companies awarded gold were from Germany, and the other was from Spain:

The only Australian company to feature in the awards was a silver award winner, German/Australian packaging company StarVac Systems for its Jupiter 445 High Speed Packaging Machine.

The two chambers operate in an alternating manner and can thereby double the possible packaging quantity. While one chamber is being loaded and unloaded, the other chamber is vacuumed and the product sealed. Once these process steps have been completed, the two chambers switch positions and the process is repeated. The sealed products are unloaded and the new product is loaded.