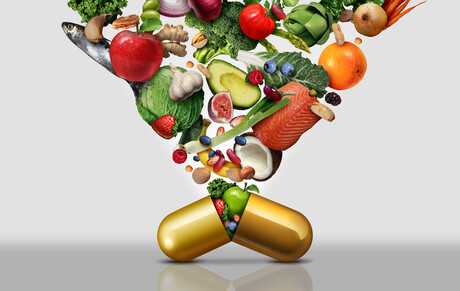 Blackmores’ company founder Maurice Blackmore was a man ahead of his time. His views on natural health, preventative medicine, the environment and recycling were nothing short of radical in the 1930s. Founded in 1932, Blackmores now employs more than 1400 people in Australia and across the Asia–Pacific region, with Indonesia joining its list of markets in 2016.

“We saw enormous potential in Indonesia’s fast-growing economy, massive population, familiar retail channels and burgeoning e-commerce sector,” said Dean Garvey, Managing Director of Blackmores International. “We were eager to be a part of such a dynamic market.”

Blackmores’ operations in Singapore, Malaysia and Thailand for more than 30 years had given the company a good understanding of the region and effective business models. However, navigating Indonesia’s geographical diversity and complex distribution channels was daunting — this is where PT Kalbe FarmaTbk stepped in.

The two companies first met at Indonesia-Australia Business Week in November 2015, and by late 2016 Blackmores and Kalbe Farma announced they had entered into a joint venture — PT Kalbe Blackmores Nutrition.

Under the joint venture, Blackmores provides the products, new product development, sales expertise and, most importantly, its brand. Kalbe Farma offers distribution, market insight and regulatory support — having a strong logistics and distribution network with over 200,000 supplier outlets across the Indonesian archipelago.

“The synergies were strong from the start,” Garvey said. “Our ambitions and business plans were aligned. We had the same values. Importantly, our strengths complemented each other. We were both committed to making the partnership work.”

The Blackmores CEO at the time, Christina Holgate, was impressed by one value in particular: ‘trust is the glue of life’.

The open and honest communication by Blackmores during the negotiations was appreciated by Kalbe Farma.

The partnership has been a resounding success seeing strong market growth. It currently markets 38 stock-keeping units to around 7700 outlets across Indonesia. These include modern and traditional apothecaries, drug stores, outlets that specialise in products for babies and e-commerce channels.

Garvey said Australian businesses should check that prospective partners have a history of successful working relationships with Western companies.

“Be aware that negotiations can take time so be patient,” he added. “The cultural differences are there, but both sides make an effort to understand each other. We see Kalbe as part of our team. Be honest and clear about what you want out of the partnership, and don’t rush into it.”

If in doubt about business or regulatory requirements, Austrade can help. “Austrade is a great source of advice,” Garvey said.

“We called on them when we had queries about labour laws, recruitment policies and reference checks on suppliers. They are a trusted partner.”

Although Blackmores does not directly benefit from IA-CEPA, Garvey said the trade agreement is great news for Australia and Indonesia.

“We love Indonesia and think it is an under-discovered country,” he said. “The more trade and investment that IA-CEPA brings to Indonesia, the more the country and its people will benefit.”

IA-CEPA is designed to open the door to the Indonesian market, eliminating or reducing tariffs on goods and enhancing access for service providers and investors.

Future Foods: How Modern Science is Transforming the Way We Eat by David Julian McClements

Future Foods: How Modern Science is Transforming the Way We Eat by author and food...