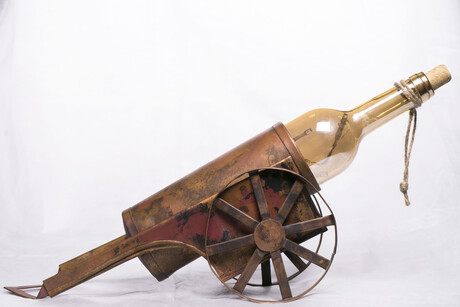 Australia’s national wine association has welcomed the government’s decision to take China to the World Trade Organisation (WTO) over a dispute about wine tariffs.

The government’s response comes after the Chinese Ministry of Commerce (MOFCOM) put duties on Australian wine ranging between 116 and 220% after allegations of wine dumping. The decision decimated the $1.1 billion market, cutting exports down to $20 million, according to Australian Trade Minister Dan Tehan.

“We believe the Australian Government’s decision to initiate this process is the right call for Australia’s grape and wine businesses,” said Tony Battaglene, Chief Executive of Australian Grape & Wine.

“As an export-focused industry, Australia’s grape growers and winemakers have benefited enormously from the rules-based international trading system, with the WTO at its core. In taking this decision, the Australian Government is demonstrating its commitment to Australia’s grape and wine businesses and respecting the rules-based international trading system.”

MOFCOM first initiated the tariffs after an investigation on Australian wine exports in August last year. After imposing an interim tariff in November, the Ministry committed to the latest round of tariffs, stating it could last for five years.

“We have been consistent in our position that Australian producers have not dumped wine on the Chinese market nor received trade-distorting subsidies. We believe the Australian Government’s decision to ask the WTO to undertake an independent assessment of the facts is the right course to take,” said Battaglene.

This is the second time in six months that Australia has referred China to the WTO, after a similar dispute about barley. The growing trade tension between the two countries has impacted several other Australian industries, such as timber, coal, beef and rock lobster.

While the dispute is with the WTO, Australia will look to open up other avenues for Australian wine, such as utilising the free trade agreement with the United Kingdom, according to Tehan.

“While this process is underway, we’ll keep working with grape growers, winemakers and the Australian Government to diversify our export markets and strengthen relationships as much as possible with all trading partners, including China,” said Battaglene.

Fine Food to welcome back food industry in March 2022

Fine Food Australia is back in 2022, with visitor registration for the Sydney event opening today...

Free webinar: MES for the future and achieving Pharma 4.0