Beef and dairy industries predicted to collapse by 2030 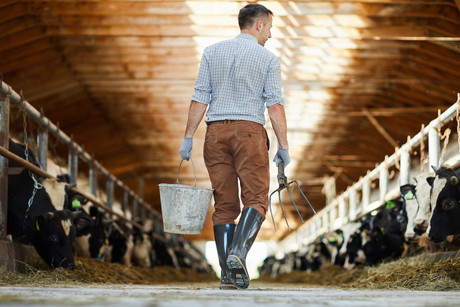 A report by independent think tank RethinkX predicts that by 2030, modern food products will be of higher quality than they are now, and will be half the price of the animal-derived foods they replace. The report, titled ‘Rethinking Food and Agriculture 2020-2030 – The Second Domestication of Plants and Animals, the Disruption of the Cow, and the Collapse of Industrial Livestock Farming’, also predicts the collapse of the dairy and cattle industries.

“This is primarily a protein disruption, driven by economics. This is not one disruption but many in parallel, with each overlapping, reinforcing and accelerating the others,” said Tony Seba, RethinkX co-founder and report co-author.

“Precision fermentation and food-as-software are driving down the costs and driving up the quality of manufactured proteins. The industrial livestock industry is one of the oldest, largest and most inefficient food-production systems in the world. Modern ingredients and the foods are about 10 times more efficient across the board — from land and water use, to feedstock consumption and energy use,” said Catherine Tubb, report co-author.

Precision fermentation (PF) enables the programming of microorganisms to produce complex organic molecules. Rapid improvements in underlying biological and information technologies have led to a decline in costs associated with PF, as the cost of producing a single molecule has fallen from $1 million in 2000 to $100 in 2019. The report projects that these costs will reduce to $10/kg by 2025, making these proteins five times cheaper than animal proteins by 2030 and 10 times cheaper by 2035.

Research presented in the report suggests that the number of cows in the US will have fallen by 50% by 2030, leading to a 50% decline in the revenues of the US beef and dairy industry. By 2030 the report predicts the markets for ground beef, steak and dairy will have fallen by 70%, 30% and almost 90% respectively, with markets for other leather products falling over 90%.

According to the report, the nutritional benefits of the modern food system could reduce foodborne illnesses and other conditions such as heart disease, obesity, cancer and diabetes that cost the US $1.7 trillion annually.

RethinkX co-founder Jamie Arbib describes the disruption as inevitable, and acknowledges the power that policymakers, investors, businesses and voters have over the disruption’s speed, scale and impacts.

“One of the first and most critical decisions is to ensure an open marketplace. Will this be a market that promotes openness, transparency and competition? Or will it be a market — like the pharmaceutical industry — dominated by a few monopolies with the power to restrict or prevent realisation of the enormous economic, social and environmental benefits?” Arbib said.

The report identifies how policymakers can accelerate or slow down disruption or impede its size and scale, with the aim of instigating a conversation about the impending disruption.