Tasmanian food scientist up for Australian of the Year

Food microbiologist Professor Thomas McMeekin AO, of the University of Tasmania (UTAS), is in the running to be named Australian of the Year for 2014.

Professor McMeekin is acknowledged as a leading food microbiologist, having established new systems of improving food safety around the world, and is recognised as a pioneer in the development of predictive microbiology. He was named Tasmanian Australian of the Year 2014 in October by Premier Lara Giddings, who described him as “the world leader in predictive modelling of microbial behaviour in foods”. 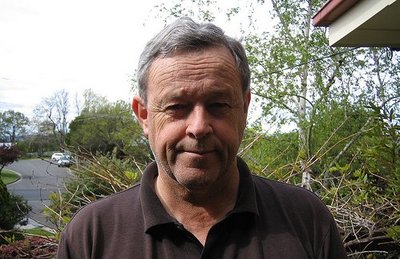 Among the 69-year-old’s many achievements, he founded the world-renowned Food Safety Centre at the Tasmanian Institute of Agriculture (TIA), a co-venture between UTAS and the state government. TIA director Professor Holger Meinke said, “As the founding father of the Food Safety Centre, Tom McMeekin has made an enormous contribution, not only to the field of microbiology, but also to Tasmania’s reputation as a global leader in science innovation, research and education.”

Professor McMeekin is also a Fellow of the Australian Academy of Technological Sciences and Engineering. He developed a refrigeration index for the meat industry which is now mandated by the Australian Quarantine and Inspection Service.

Professor McMeekin has been present at UTAS since 1974, when he arrived from Northern Ireland. He held a personal Chair of Microbiology at the university before retiring from full-time employment in 2007, but stayed on as a voluntary position holder. His services won him the UTAS Vice-Chancellor’s Award for Outstanding Contribution by a Voluntary Position Holder in September 2013. Earlier in the year he was awarded the Officer of the Order of Australia in the Queen’s Birthday honours for his contributions to agricultural microbiology, research and teaching.

What’s New in Food Technology & Manufacturing wishes Professor McMeekin all the best with the Australian of the Year awards.

Coke took Pepsi to court in Australia, alleging that the release of Pepsi's glass...

The highly contentious container deposit scheme (CDS) has been rejected by a COAG report as being...

With AUSPACK less than three months away the expansive line-up of multinational as well as...