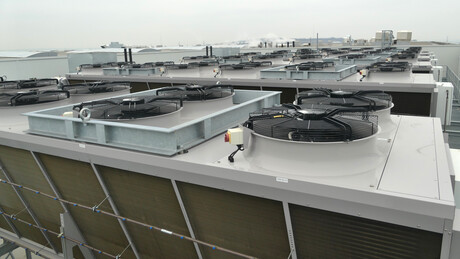 Last week HAZMAT teams were called to a Las Vegas food manufacturer after reports of a pungent odour in the air. Ammonia was found to be leaking from the refrigeration system. The small leak was promptly fixed and nobody was injured. Thankfully the plant had been closed at the time but the entire incident took around three hours to be resolved despite its relatively low danger.

The response that the calls to emergency services evoked is a demonstration of how serious an ammonia leak can be. This particular case was minor but a more serious one in a food manufacturing environment, such as a dangerous level of ammonia being released in a fully staffed building, can be deadly.

The use of ammonia in its anhydrous form is common in food processing, where its ability to transfer heat makes it ideal for large refrigeration systems. Its efficiency and low cost make it an attractive option for big operations that require steady and reliable cooling. However ammonia is a dangerous substance and being exposed to high levels of it for even just a few minutes will prove deadly. Even low levels can cause chemical burns, difficulty breathing and irritation of the eyes.

Developing emergency plans to deal with this distinctly-scented gas — just 5 parts per million is all it takes to detect its scent — is recommended by the government due to the significant problems it can cause if accidentally released.

The Queensland Government provides a WorkSafe document that can be used to develop action plans to respond to ammonia refrigerant leak emergencies, with expansive information that covers a far-reaching level of detail. If your business relies on ammonia for refrigeration, it might prove to be helpful. Don’t wait until ammonia’s foul odour hits your nose to start considering its potential impacts.

Yili Group's ice-cream factory in Indonesia is set to become the country's largest by...

The launch of a high-tech insect factory that uses artificial intelligence to produce food-grade...

Norco is investing in a factory upgrade which is expected to increase ice cream production by an...