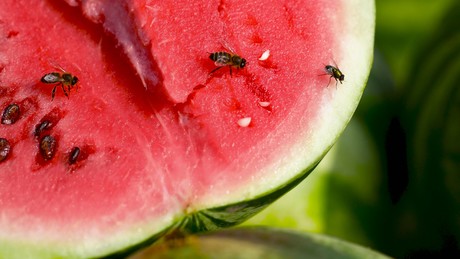 Biosecurity New Zealand has completed its Northcote fruit fly operations and lifted restrictions on the movement of fruit and vegetables on Auckland’s North Shore. The year-long operation was triggered by the discovery of a Queensland fruit fly in a surveillance trap in the area in February 2019. Since then, there have been 10 separate Queensland fruit fly findings through surveillance trapping in the Northcote area.

“While this is great news, we remind people in the area to still stay vigilant for signs of the fruit fly. It’s now been 6 months since a fly was last trapped in the area, and this, along with an intensive baiting program throughout the spring and the inspection of hundreds of kilos of fruit without a find, has given us confidence there is currently no breeding population of the Queensland fruit fly in Northcote. We can once again declare that New Zealand is free of the Queensland fruit fly,” said Dr Cath Duthie, Biosecurity New Zealand spokesperson.

More than 4600 traps were set in the greater Auckland area to find three different types of fruit flies; the traps will remain in place and are part of a national fruit fly surveillance program with over 7800 traps nationwide. The pheromone traps attract male flies, and while 10 male flies were found, there was no evidence of larvae, pupae, eggs or female flies. Approximately 160 people were in the field and in Wellington at any given time, with 800 individuals involved in the program overall. Researchers inspected 1.5 tonnes of fruit for fruit fly larvae, with 145 tonnes of produce collected and disposed of throughout the operation.

“This has been a really long haul for this community and I’d personally like to pass on a big thanks to each and every North Shore resident. The 11 months of movement controls were a big disruption for you all, but necessary to contain any potential population of this insect pest which, if it established here, would significantly damage New Zealand’s horticulture industry and home gardens,” said Damien O’Connor, Biosecurity minister.

The Controlled Area, which comprised 5766 properties, is now lifted with no more restrictions on moving fruit, vegetables and green waste. The biosecurity wheelie bins in the neighbourhood will also be removed, with road signs dismantled. The nationwide surveillance will continue, with 7800 fly traps set for three species of fruit flies: the Queensland fruit fly, Mediterranean fruit fly and Oriental fruit fly.

“This response has been a significant inconvenience for those living and working in the Controlled Area, which has been primarily around Northcote. We are so grateful for your continued support over the months these restrictions have been in place,” Dr Duthie said.

The investigation was a collaborative effort between Biosecurity New Zealand, horticulture industry partners, AsureQuality (MPI’s operations provider), a number of local authorities and the community. It is a cost-shared biosecurity response under the Government Industry Agreement, and is likely to cost approximately $18 million. New Zealanders who find maggots in fruit or see an insect that could be a fruit fly should contact Biosecurity New Zealand’s Pest and Disease hotline on 0800 80 99 66.

The $90 million expansion of Nestlé's site in Blayney, NSW, will allow the company to...

The multi-beverage factory in Ipswich is expected to be completed by mid-2024 and will include...

The grants funding package will see Australian Plant Proteins collaborate with two other...