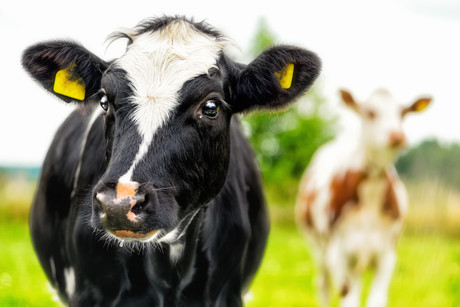 The Dutch city of Rotterdam will soon be home to a floating farm that will supply the city with milk and educate consumers about the value of agriculture. The offshore dairy farm, built by Beladon BV, will house 40 cows producing 800 litres of milk a day.

With less arable land and a growing population, which is expected to reach 2–3 billion by 2050, Beladon recognised it is difficult to keep up with the demand for dairy products. The logistics train is also getting longer, with food travelling further to get to its destination driving up transport costs and pollution. The transparent farm aims to reduce the gap between growing cities and agriculture, helping cities produce more sustainable food in closer proximity.

Animal welfare remains a top concern for the company. It explained the farm is secured in Rotterdam’s Merwe4Haven and supposedly has no effect on the cows, with a maximum swing of only a few millimetres.

“Even in extreme weather conditions, the cows will not feel any instability on the platform. Seasickness will therefore not be in question,” the Floating Farm website explained.

Food distribution, milking and manure collection is done via a robot, and the cows can graze on the mainland. The farm contributes to a circular food program, in which spent grain from local breweries may be used as fodder, urine is used to fertilise plants, manure generates energy, and milk and yoghurt are sold to local businesses and consumers.

Production is expected to begin this year, and there is a possibility a chicken farm may be developed in the future.

Wiley set to visit the future of food production at foodpro

Wiley will be sharing its insights on the future of food production at foodpro 2021 in Sydney...

How will technology really help us meet our national health objectives?

What technologies are having an impact in aged care?