Pigs will eat just about anything - but there could be something new on the porcine menu after researchers discovered several types of microalgae that grow on piggery effluent and can safely be fed back to the pigs. The discovery is a win-win: it could help remediate piggery effluent plus provide a protein-rich food source from waste.

The Cooperative Research Centre for High Integrity Australian Pork (Pork CRC) has invested $300,000 with Murdoch University’s Algae Research and Development Centre to investigate the possibility of using microalgae for this purpose, with positive results already coming out of the research. 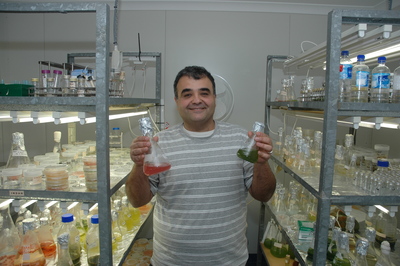 They found that the microalgae remove ammonia and other nutrients and potentially reduce the effluent’s pathogen load, enabling the treated wastewater to be re-used. While extensive testing is still required, Dr Moheimani says the algal biomass is a potential protein-rich food source for pigs and other animals.

“We have high hopes that this method of treating effluent will ensure the algal biomass produced can be fed back to the pigs, which will make Australian piggeries much less wasteful and more cost competitive,” said Dr Moheimani.

“Of course, if this works for pigs, it could also work for different livestock. Pig slurry could well be viewed by the industry as a resource rather than a waste management issue.”

The team is now looking at methods of optimising the microalgae growth on the effluent and are seeking suitable species of macroalgae to grow on piggery effluent (macroalgae are larger and easier to harvest than microalgae). 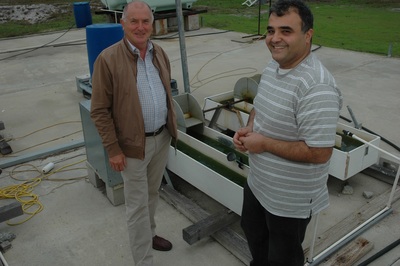