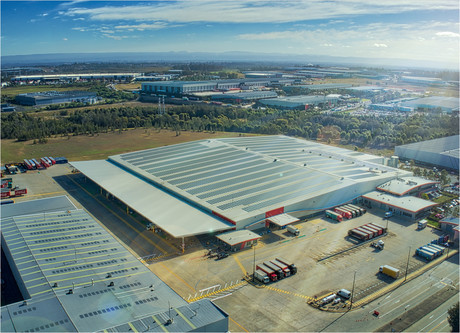 Coca-Cola Amatil’s 2018 Sustainability Report has been launched, revealing that the company is on track to hit its 60% low-carbon and renewable energy target by 2020. As part of a push to improve manufacturing sustainability, the company currently derives the equivalent of 56.2% of its energy from low-carbon or renewable sources, mainly wind, solar and natural gas.

Speaking at the launch of the report, Group Managing Director Alison Watkins said a further expansion of solar would help the company reach its 60% target by next year.

“Bottling is energy intensive, so our shift to low carbon and renewables is a significant change,” she said. “We’ve focused on natural gas, solar and wind but we’re open to other technologies and will look at how these can be incorporated in our operations. We’re keen to support sustainability, but renewables also have to make commercial sense.

“The bulk of our low-carbon and renewable energy was sourced at a market competitive price versus traditional power. For example, we entered into a long-term power purchase agreement with Victoria’s Murra Warra Wind Farm near Horsham. Through this arrangement we and other consortium members secure long-term supply and price security at competitive rates.”

In addition to reducing its carbon footprint, Coca-Cola Amatil has achieved other sustainability outcomes including:

“We’re rolling out more renewable energy at our facilities, with new solar panels this year at Amatil facilities in Eastern Creek, Richlands and Kewdale in Australia, and Cibitung in Indonesia,” Watkins said. “There’s more to be done, but we’re happy with progress and urge other manufacturers to take a fresh look at their own low-carbon and renewable options.”

Nestlé plans to invest $3 billion to encourage the plastics industry to make more...

Coca-Cola Amatil is continuing its switch to solar, by installing 5200 more panels at its...