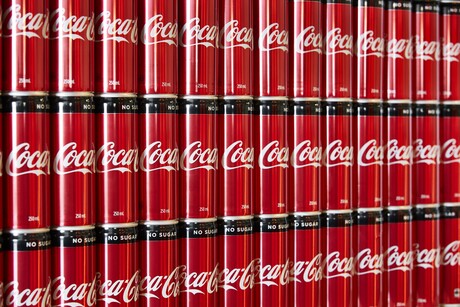 Coca-Cola Amatil has announced it has joined the global RE100 renewable energy initiative and committed to power its entire operations, spanning six countries, with 100% renewable electricity by 2030.

The beverage company plans that its Australia and New Zealand branches will lead the way, reaching the target five years earlier in those economies.

RE100, led by the Climate Group in partnership with CDP, brings together more than 290 leading companies around the world that are committed to sourcing 100% renewable electricity.

According to Coca-Cola Amatil Group Managing Director Alison Watkins, joining RE100 is an important step in Amatil’s strategy to reduce its carbon footprint and follow the recent launch of its 2020–2040 Sustainability Ambitions, which includes the commitment to net-zero direct carbon emissions by 2040.

“Moving to 100% renewable electricity across our entire operations by 2030 is critical to ensuring we meet our 2040 target of net-zero direct carbon emissions, and it is the right thing to do as an increasing number of our customers, employees, partners, suppliers and shareholders look to us for continued leadership in sustainability,” Watkins said.

Coca-Cola Amatil Chief Procurement and Sustainability Officer Sarah Cook said joining RE100 is significant as it means Amatil now has a firm target for 100% renewable electricity use across all of its operating markets, including Australia, New Zealand, Indonesia, PNG, Fiji and Samoa.

“We are particularly excited about what this means for our Indonesian operations, where we have already kicked off our renewable electricity program with the opening of Stage 1 of what will be Indonesia’s largest rooftop solar system at West Cikarang in Java,” Cook said. 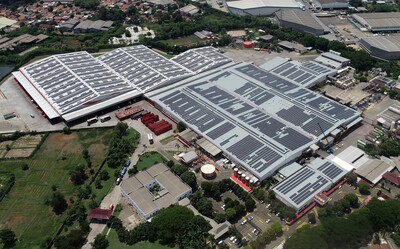 The West Cikarang solar project, which covers an area of 72,000 m2, will generate 7.13 MWp of solar power during peak capacity during the day (9.6 million kWh per year). Amatil plans to expand its solar program to several manufacturing facilities throughout Indonesia, in Medan, Semarang and Surabaya, with an expected energy production capacity of 6052 MWh in the first year.

RE100 Australian Coordinator Jon Dee said, “We’re delighted that Coca-Cola Amatil has joined RE100. Their target to go 100 per cent renewable in this region sets a strong example for other companies to follow.”

In addition to the West Cikarang project in Indonesia, other renewable energy initiatives already undertaken by Amatil include three on-site solar projects in Australia at Eastern Creek (NSW), Richlands (Qld) and Kewdale (WA), with combined generation of 3.5 megawatts; and one of Fiji’s largest rooftop solar panel installations, with generation capacity of 1.1 megawatts.

The vodka company is working with Blue Ocean Closures to develop a recyclable lid made from...

An antimicrobial, plant-based food wrap has been developed to replace plastic, enhance protection...

The bottle is made entirely of recycled plastics and its slimmer, lighter design can help to...