Food packaging and other disposable plastic items could soon be composted at home, along with organic waste, thanks to a new sugar-based polymer. 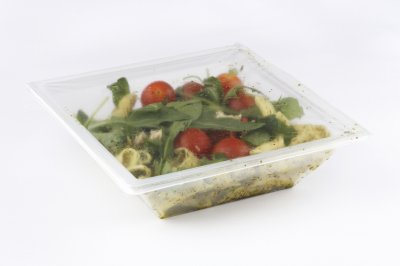 The degradable polymer is made from sugars known as lignocellulosic biomass, which come from non-food crops such as fast-growing trees and grasses, or renewable biomass from agricultural or food waste. It is being developed at Imperial College London by a team of Engineering and Physical Sciences Research Council scientists, led by Dr Charlotte Williams.

The search for greener plastics, especially for single-use items such as food packaging, is the subject of significant research worldwide. “It’s spurred on, not only from an environmental perspective, but also for economic and supply reasons,” explains Dr Williams.

Around 7% of worldwide oil and gas resources are consumed in plastics manufacture, with worldwide production exceeding 150 million tonnes per year. Almost 99% of plastics are formed from fossil fuels.

“Our key breakthrough was in finding a way of using a non-food crop to form a polymer, as there are ethical issues around using food sources in this way,” said Williams. Current biorenewable plastics use crops such as corn or sugar beet.

“For the plastic to be useful it had to be manufactured in large volumes, which was technically challenging. It took three-and-a-half years for us to hit a yield of around 80% in a low energy, low water use process,” explains Dr Williams.

This is significant, as the leading biorenewable plastic, polylactide, is formed in a high-energy process requiring large volumes of water. In addition, when it reaches the end of its life polylactide must be degraded in a high-temperature industrial facility.

In contrast, the oxygen-rich sugars in the new polymer allow it to absorb water and degrade to harmless products - meaning it can be tossed on the home compost heap and used to feed the garden.

Because the new polymer can be made from cheap materials or waste products, it also stacks up economically compared to petrochemical-based plastics.

The polymer has a wide range of properties, laying the field open for a larger number of applications other than biorenewable plastic packaging. Its degradable properties make it ideal for specialised medical applications such tissue regeneration, stitches and drug delivery. The polymer has been shown to be non-toxic to cells and decomposes in the body, creating harmless by-products.

The team - including commercial partner BioCeramic Therapeutics, which was set up by Professor Molly Stevens and colleagues at Imperial - is investigating ways of using the material as artificial scaffolds for tissue regeneration. They are also focusing on exploiting the degradable properties of the material to release drugs into the body in a controlled way. 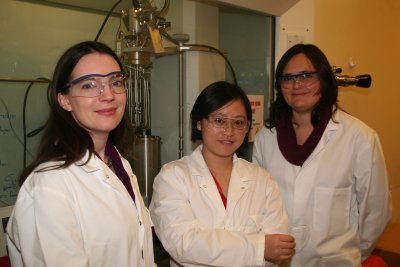 Now the team is focused on developing the specific material characteristics needed for the packaging and medical areas.

“The development of the material is very promising and I’m optimistic that the technology could be in use within two to five years,” says Williams, who is already working with a number of commercial partners and is keen to engage others interested in the material.

A Melbourne-based wine store recently launched with a sustainable point of difference, opting for...

Nestlé in the Loop of the circular economy

Nestlé has announced it will make reusable containers for some of its brands as the...

Flavonoids present in cherries and apples could prove to be extremely valuable.