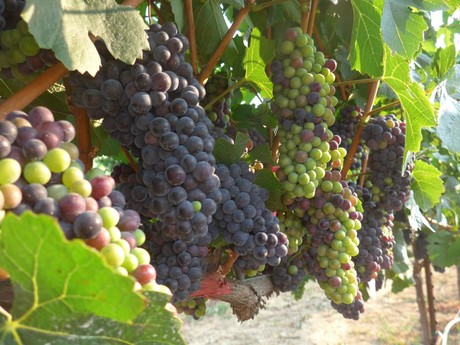 Research has revealed that climate change poses a significant threat to the world’s supply of wine. A 2°C temperature increase could see regions of the world that are suitable for growing grapes shrinking by as much as 56%, with a 4°C increase in global temperatures leading to an 85% shrinkage. Findings from the study, published in Proceedings of the National Academy of Sciences, also indicate that reshuffling where certain grape varieties are grown could halve the potential losses of winegrowing regions under 2°C of warning, and reduce losses by a third if warming reaches 4°C.

Scientists hypothesised that crop diversity could make agriculture more resilient to climate change, with wine grapes offering a unique opportunity to test this theory. Wine grapes are both diverse — with more than 1100 different varieties planted in a range of conditions — and well documented, with harvest data going back centuries. Wine grapes are also sensitive to changes in temperature and season that come with climate change.

“In some ways, wine is like the canary in the coalmine for climate change impacts on agriculture, because these grapes are so climate-sensitive,” said Benjamin Cook, co-author of the study.

For the 11 varieties, researchers used vintner and researcher archives to build a model for when each would bud, flower and ripen in winegrowing regions around the world under three different warming scenarios: 0°, 2° and 4° of warming. Researchers then used climate change projections to determine where those varieties would be viable in future. Findings revealed that losses were unavoidable in both warming scenarios, due to shifting temperatures and seasonal changes that would affect the varieties while ripening, and their quality. However, researchers were able to reduce losses by switching these varieties around.

By switching to grape varieties more suitable for the changing climate, only 24% of the world’s winegrowing regions would be lost. For example, in France’s Burgundy region, heat-loving mourvedre and grenache could replace current varieties such as pinot noir. In Bordeaux, cabernet sauvignon and merlot could be replaced with mourvedre. Cooler regions such as Germany, New Zealand and the US Pacific Northwest would be unscathed in the 2°C scenario, with those areas becoming suitable for warmer varieties like merlot and grenache, while varieties that prefer cooler temperatures, such as pinot noir, could expand northward into regions that are currently unsuitable for growing wine. Hot winegrowing regions, such as Italy, Spain and Australia, face the largest losses, as they are already limited to planting the warmest varieties.

Researchers found that variety swapping was less effective at higher amounts of global warming, as planting climate-specific varieties with 4°C of warming reduces losses from 85% to 58%, or approximately a third. Switching grape varieties could also present legal, cultural and financial challenges.

“Conversations in Europe have already begun about new legislation to make it easier for major regions to change the varieties they grow. But growers still must learn to grow these new varieties. That’s a big hurdle in some regions that have grown the same varieties for hundreds and hundreds of years, and they need consumers who are willing to accept different varieties from their favourite regions,” said Elizabeth Wolkovich, from the University of British Columbia, Vancouver.

Management practices like increased irrigation and using shade cloths could also help protect grapevines, but only at lower levels of warming. However, the effectiveness of the strategy depends on growers having the options and resources to adapt at a local scale, while reducing greenhouse gas emissions and limiting warming globally.