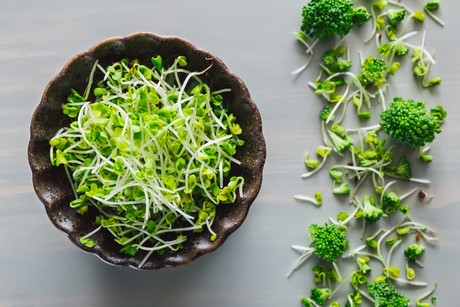 A combination of lactic acid and food-grade sodium hypochlorite could offer a sanitising strategy to the organic food processing industry, researchers suggest, with tests on broccoli sprouts showing promising results.

Sanitisers help kill bacteria and other microorganisms that can cause foodborne illness. However, washing sanitisers traditionally used to disinfect freshly cut produce, such as chlorine solutions (sodium hypochlorite, 50–200 mg/L), may not be able to meet the regulatory requirements for processing organic produce under the United States’ National Organic Program (NOP).

A team of National University of Singapore (NUS) food scientists, led by Professor Yang Hongshun from the Food Science and Technology Programme at the Department of Chemistry, tested the sanitisation ability of combined organic acid (lactic acid, 2% v/v) and food-grade sodium hypochlorite (4 mg/L) on organic broccoli sprouts containing Listeria innocua. This is a common, non-pathogenic bacterial species that is similar to Listeria monocytogenes.

The combined treatment, which uses sanitisers approved by the NOP, was found to reduce the bacteria population by about 1.8 log CFU/g (colony forming units per gram) on organic broccoli sprouts after washing treatment for 2 min. There were also no adverse effects on the sensory quality (colour, texture and smell) of the sprouts over a storage period of six days, the researchers said.

The research was published in International Journal of Food Microbiology.