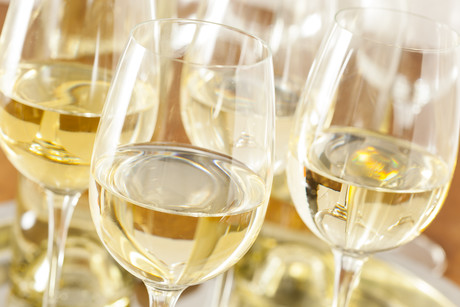 Many people love the occasional glass of white wine, but inefficient production processes are resulting in 250,000 tonnes of carbon dioxide being released into the atmosphere each year. University of South Australia (UniSA) doctoral candidate Brian Murphy is researching a way to make white wine crystal clear and better for the environment.

He explained that the haze-forming proteins in white wine are well known, but the removal processes are outdated. Instead, he is experimenting with new nano-engineered materials to remove these proteins.

“In the white wine-making process, certain proteins are exposed to heat, causing an otherwise clear white wine to go hazy. If this occurs after the bottling process it becomes a major concern for producers who stand to lose millions of dollars in lost sales,” he said. “Essentially, I’m creating surface active agents — molecules called micelles — and integrating them with a simple particle of sand to remove the proteins at the nano level. By re-engineering the surface of these particles, we can improve the production process, removing any risk of haziness.”

He said testing has shown this process has successfully removed proteins without impacting the quality and taste of the wine.

“It’s a win-win situation all round,” he said. “Production processes are improved, saving time, money and the environment, and consumers can be guaranteed of crystal clear white wine.”

His research resulted in him winning the 2018 UniSA 3MT grand final, beating the other seven finalists who pitched their research in three minutes at UniSA’s City West campus on 23 August. Murphy received a total research travel grant of $4000, collecting $3000 from the judges’ vote and $1000 from the People’s Choice Award. Second place went to Tahnee Dening, who is researching how to tackle obesity using clay, which absorbs fats.