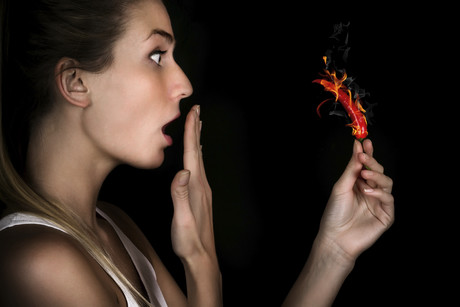 An electronic tongue, or e-tongue, can taste test spicy food more accurately and quickly than humans, according to researchers from Washington State University (WSU).

This is because spicy food wears out humans taste buds quickly, meaning they struggle to distinguish differences in taste after a few bites. People need to wait at least five minutes between samples, and only a few samples can be tested at a time because the lingering spiciness can impact results. An e-tongue, however, does not face the same limitations.

Published in the Journal of Food Science, WSU researchers compared consumers’ and the e‐tongue’s ability to discriminate among paneer cheese samples containing different levels of capsaicin. They found that the e-tongue resulted in a high degree of discrimination of 93% among all samples.

Its ability to accurately differentiate between the spicines of samples of the same food may be useful for food manufacturers. Schlossareck explained the e-tongue could work alongside human taste testers to speed up the process. She said the technology would “allow testers to narrow a selection down to two or three samples for a human tasting panel if they start from 20 different formulations. That would take days to do with people tasting them.”