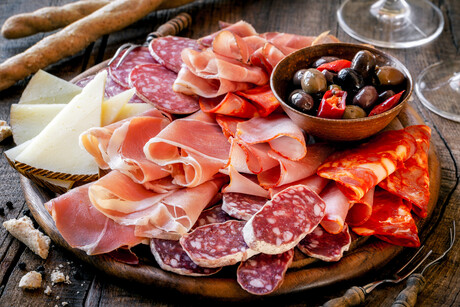 Researchers from the University of Burgos in Spain have developed a sticker technology to allow consumers and processors to easily detect the amount of nitrites in food.

Nitrite is a substance used in the preservation of processed cured meats that gives them their distinct taste and vivid rosy colour, but has also been associated with negative health outcomes.

The Spanish scientists claim that their new method of detecting the amount of nitrite, which requires little more than a sticker and a smartphone, will help consumers reduce the health impact of eating processed meats by letting them avoid products with high levels of the chemical.

The researchers have now published a paper, available in ACS Applied Materials & Interfaces, wherein they describe a film they’ve developed called POLYSEN (short for polymeric sensor) that is able to detect the amount of nitrites in food.

The film is made of four monomers and hydrochloric acid. Discs are punched from the film then placed on meat samples for 15 minutes, which gives time for the monomer-acid mix to react with the nitrite in the meat. When these discs are dipped in a sodium hydroxide solution they will become coloured, and the depth and darkness of their yellow colour implies just how much nitrite is in the meat.

The sister component to this system is a smartphone app that will analyse the discs’ hue and estimate the level of nitrite in the food. With this method in hand, the researchers have been able to produce data about nitrite levels that were of a similar accuracy to that of the more complex and lab-reliant methods of testing.

The POLYSEN film complies with the European regulation for migration of substances from the film to the food.

The benefits of predictive maintenance and other 'smart' manufacturing technologies in...