Food fraud: is track and trace the solution? 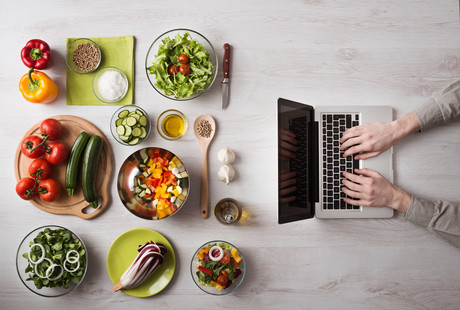 The boom in sourcing more of our food online could open the floodgates for more unsafe counterfeit products unless the industry acts quickly, claims product inspection specialist Mettler-Toledo.

“Counterfeit food is a growing problem worldwide, driven in part by the explosion of the digital marketplace. Anyone can set up shop as a ‘legitimate’ salesperson online, offering foodstuffs for sale without much in the way of regulation,” said Mettler-Toledo spokesperson Joanna Mooberry.

“Ironically, our desire for healthier food and the rise of the celebrity chef are creating new targets for the fraudsters. Consumers want access to the ingredients featured on television, but do not know where to purchase them locally — so they use online resources to find the items they want. One example is mail-order meat, which is being moved up-market by companies focusing on provenance and sustainability. With margins of 40% being achieved by legitimate suppliers, it makes counterfeiting an increasingly attractive financial proposition for criminals.”

The scale of the problem was clearly illustrated when, in 2017, a joint operation between Europol and INTERPOL seized 9800 tons of counterfeit food, 26.4 million litres of counterfeit beverages and 13 million other food items. But according to Mettler-Toledo, the fight against food fraud needs to begin much earlier in the supply chain: at the processing and packaging stage.

“Serialisation and track and trace techniques have proved highly effective in combating fraud in other industries like pharmaceuticals. In the food industry, investment has been limited to high-value items like caviar; where producers use a universal labelling system to prove authenticity and that the caviar was obtained legally. This approach has significant benefits, both in maintaining sustainability and protecting consumers from the consequences of counterfeit goods. The continued growth in food fraud indicates that it is time to apply the same traceability techniques to spices, meat products, olive oil and wine, where counterfeiting is an enormous issue and safety is paramount,” Mooberry said.

Phase separation is an extremely important process in the Food & Beverage industry.