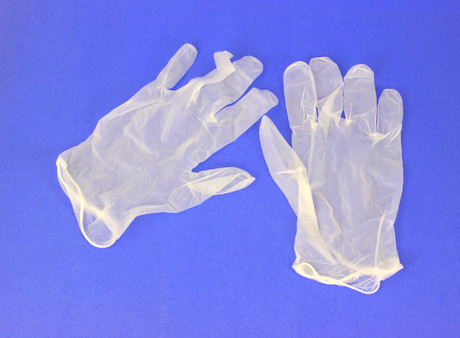 Vinyl gloves are claimed to be inherently poorer fitting, more permeable to bacteria and viruses, more liable to develop holes during use and bad for the environment. So why are they still used in the food and beverage processing industry?

Eagle Protect has just announced that the food safety risks of vinyl gloves are so high that they will not be supplying them to US food handling and processing industries any more. The disposable gloves and protective clothing supplier is the world’s only disposable glove and clothing specialist to be B Corp certified. The company was founded in New Zealand over a decade ago and has now expanded into the US.

Previously Eagle sold vinyl (PVC) gloves with a number of recommendations based around the shortcomings of the gloves — in relation to their permeability and potentially toxic raw materials — and did not recommend them for direct food handling. However, from 1 January this year the company has discontinued sales completely.

The company recommends nitrile gloves as a food-safe and cost-effective alternative. Explaining that the raw material formulations and manufacturing of disposable nitrile gloves have resulted in thinner yet stronger, more flexible and better fitting gloves. The higher the quality of the nitrile glove, the fewer failures (holes and rips), mitigating the risks of food contamination from a disposable glove.

The impacts of PVC across its life cycle, including manufacturing and disposal issues, finds PVC leads to the release of dangerous quantities of dioxin and other carcinogenic emissions. A report from the US Green Building Council found that “the risk of dioxin emissions puts PVC consistently among the worst materials for human health impacts...”

Added to this, it is claimed that up to 50% of vinyl gloves include plasticisers, which can contain phthalates and BPA. Phthalates have been shown to leach from products into the human body and can easily leach into food, particularly fatty food. Phthalates DiNP and DEHP have been found to adversely impact human health.

So perhaps it’s time to do a little research and make sure the gloves in your facility are not compromising your food safety, the environment and or your health.