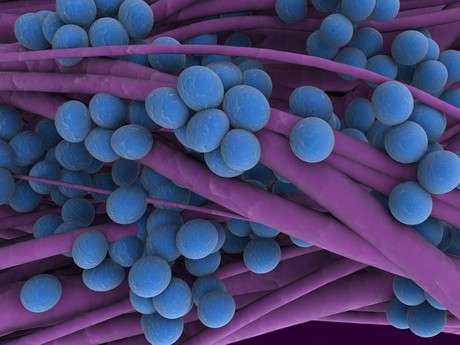 While not designed as a replacement for hygienic practices, the Cold Plasma technology does complement these practices to provide a more effective reduction and elimination of dangerous pathogens. It is claimed to provide a less costly alternative to HEPPA or UV, and can complement either if already installed.

Constructed in stainless steel, each small 240 V unit is capable of disinfecting an area of up to 360 m3. The system requires no filters or chemicals, and there is no radiation or toxins. As a result, the unit can be placed directly on the wall or ceiling of the food production room (from 2.5 m high) and can operate continuously in all areas of a production facility, whether occupied or not.

The Baxx patented cold plasma technology eliminates bacteria, virus, moulds and fungus by disrupting the metabolism of their cell walls. Using no toxins, chemicals or radiation, the system works by reproducing the natural occurrence of airborne hydroxyl clusters as found in high altitudes and sunny conditions.

A hydroxyl is a water molecule (H2O) missing one of its hydrogen atoms, and because it’s in an unbalanced state, it seeks to replace its missing hydrogen atom. These hydroxyl (OH-) molecules are attracted to single-celled organisms in the air and on surfaces, attach to them and forcibly rip a hydrogen atom from the cell wall. They are now H2O again — harmless water molecules. In the meantime, the cell wall of the organism has been ruptured and, like a popped balloon, it dies. This is a very simple mechanical action. Bacteria and virus cannot become immune to it.

Further, the hydroxyl is indiscriminate on what bacteria and virus it chooses, attacking all equally.

These chemical groups have an added benefit of reacting with and neutralising harmful and odorous gases such as ammonia, methane, nitrogen monoxide and acetaldehyde and converting them into carbon dioxide, nitrogen and water.

Has it been tested?

Along with Australian and International HACCP Certification, the technology has been tested by the independent and accredited UK laboratory SGS. In a room of 28 m2 at 27°C, the system reduced bacteria levels by 81.1 to 99.9% within 90 min, and viral traces were reduced by 88.96%.Tests were carried out on rice placed in a high-humidity environment for one week and it was found that when it was held in a Baxx protected area, mould growth and spore production was completely eliminated. It was also found that the system was capable of reducing ammonia levels from 100% saturation down to zero in 30 min. Without Baxx intervention the levels were only 48% over the same time period.

The results of an independent egg plant test, which was also completed. Click here to view a larger image.

Where has it been used?

It also has other industry applications such as hospital, aged care, veterinarian, medical centres, animal breeding centres and even offices.