Frying fish — not as simple as you think 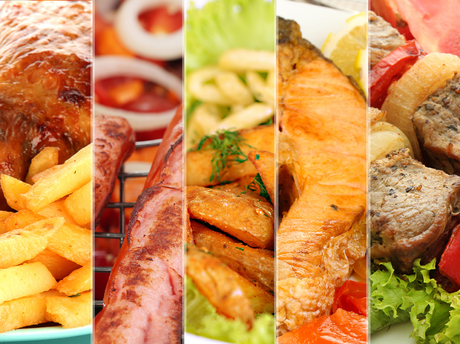 Selection of the fish species, cooking oil and cooking technique all play a part in frying fish.

Researchers at the UPV/EHU-University of the Basque Country have studied the changes that take place in fish lipids and in the oil during frying processes.

The frying techniques, the nature of the oil used and the fish species have been shown to exert a great influence on the changes that take place during the process. The researchers have shown that the choice of cooking oil is hugely important owing to its impact on the lipid profile in the fish and on the possible generation of toxic compounds in the oil during frying, which can influence food safety and human health.

To conduct this research, fillets of European seabass (Dicentrarchus labrax) and gilthead seabream (Sparus aurata) were shallow-fried in a frying pan and in a microwave oven using extra virgin olive oil and refined sunflower oil. The changes that took place in the lipid composition of the fish and of the frying oil were studied by means of proton nuclear magnetic resonance imaging (H-1 NMR).

Migration of lipid components between the fish and the frying oil

During the shallow-frying of the fish under domestic conditions, not only do the fish lipids migrate to the frying oil, the components of the oil are also transferred to the fillet of fish. As a result, the composition of the oil used for frying is modified: firstly, it is enriched by the acyl groups (‘fatty acids’) that are present in a higher concentration in the fish fat than in the original oil, and secondly, and simultaneously, it is depleted in the acyl groups present in a higher concentration in the original oil than in the fish fat.

As regards the fat in the fish fillets, its composition also changed during the frying process and became enriched by the acyl groups present in a higher concentration in the frying oil than in the fillet (in other words, oleic if extra virgin olive oil was used, or linoleic if sunflower oil was used) and in plant sterols. Simultaneously, during the frying process the lipids in the fish fillets were depleted in the acyl groups and minority components present in a greater concentration in the raw fillet than in the original oils, such as, for example, the omega-3 docosahexaenoic (DHA) and eicosapentaenoic (EPA) polyunsaturated groups.

Besides the migration of lipids during frying, because these oils are subjected to high temperatures (170°C) in the presence of oxygen, certain small-scale thermal oxidation may take place in them. In the extra virgin olive oil used for frying fish, this thermal oxidation reaction did not occur as it is more degradation-resistant than sunflower oil.

Therefore, in view of the results obtained and bearing in mind the generation of these compounds that are potentially harmful for health, the healthiest option for frying is to use extra virgin olive oil and fry in the microwave.

The fish species used was also seen to be a factor that considerably influences the fat absorption-desorption process during frying. The fat content of the gilthead seabream had diminished after frying while that of the European seabass remained similar or increased with respect to the starting level.

This study shows that the frying technique, the type of oil used and the fish species exert a great influence on the changes that take place during the frying process. Correctly selecting the oil is of paramount importance owing to its impact on the final composition of the fat in the cooked fillet and the possible generation of potentially toxic compounds in the oil during the frying process, which will greatly influence food safety and human health. 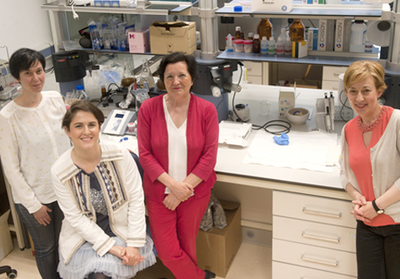 The journal Food Research International has published the article ‘The influence of frying technique, cooking oil and fish species on the changes occurring in fish lipids and oil during shallow-frying, studied by H-1 NMR’, which deals with the work carried out by Bárbara Nieva-Echevarría, Encarnación Goicoechea, María José Manzanos and María Dolores Guillén.