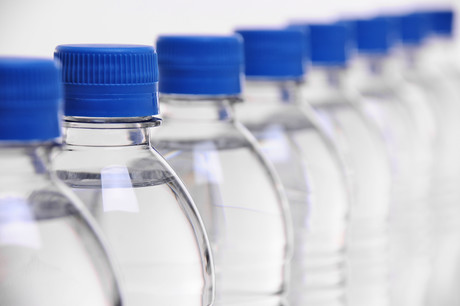 Bisphenol A (BPA) is a chemical that has been used in some food and beverage packaging such as plastic bottles and soft drink cans since the 1960s, but there has been widespread uncertainty about its safety. After Washington State University (WSU) researchers found BPA leaching out of plastic cages caused a sudden increase in chromosomally abnormal eggs in mice, more ‘BPA-free’ products were produced as a safe alternative. However, a recent paper has revealed these alternatives cause similar problems in mice, and likely humans.

While conducting meiotic studies in male and female mice, Patricia Hunt and colleagues from WSU noticed subtle changes in data which had similarities to the initial research from 20 years ago. Since the previous contamination was caused by BPA exposure from damaged cages and there was white residue on some of the polysulfone cages in their current experiment, they suspected the replacement bisphenols were to blame.

Hunt said it was “a strange deja vu experience”.

After eliminating the contamination, the researchers tested the effects of replacement bisphenols, including commonly used BPS, on mice. This revealed BPA and replacements, even in small doses, affect DNA recombination which may last for up to three generations. Hunt suggested the results would be important in understanding human exposure.

This research adds to the growing body of evidence that commonly used chemicals — particularly bisphenols, but also potentially parabens, phthalates and flame retardants — may pose risks to reproductive health. More research is needed to determine whether some replacement bisphenols might be safer than others.

As well as health concerns, the researchers also raised issues with the speed of safety procedures. “Regulatory agencies charged with assessing chemical safety cannot keep pace with the introduction of new chemicals. Further, as replacement bisphenols illustrate, it is easier and more cost effective under current chemical regulations to replace a chemical of concern with structural analogs rather than determine the attributes that make it hazardous,” the researchers wrote.

The US Food and Drug Administration, the European Food Safety Authority and Food Standards Australia and New Zealand have all concluded that there are no public health and safety issues at the levels of BPA people are exposed to in food.

The findings strongly differ, and Hunt said that regardless of whether products are labelled as BPA-free or not, “plastic products that show physical signs of damage or ageing cannot be considered safe”.

The study was published in the journal Current Biology.